ICYMI: Our Channel News Roundup for the Week of December 18th 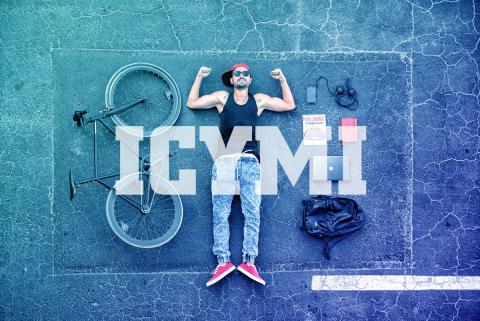 The return of Alistair Forbes, the arrival of a 5G networking standard, and the latest evidence that millennial bashing just never gets old were among the stories we somehow overlooked this pre-holiday week. By James E. Gaskin
Tweet

What a swirl of tech, politics, AI, rancor, IoT, and cloud this year has been. We need a break.

As 2017 dodders to a close, a few news nuggets, ignored in our sudden realization that we have presents to buy, escaped attention. Consider these stocking stuffers, parting gifts, or the seeds of a grand and glorious New Year.

Who knew the lure of managed services was so strong? Alistair Forbes (pictured) has had one of those “just when I thought I was out” moments. A little over a year after the one-time general manager of LOGICnow (formerly GFI MAX, formerly HoundDog Technology) left SolarWinds MSP, the business formed in June 2016 when SolarWinds Worldwide LLC purchased LOGICnow and combined it with its SolarWinds N-able unit, Forbes has popped back up as chairman of PSA maker Harmony Business Systems, ready to take on his old team. Challenge accepted! To the mattresses!

News about products. Veeam has released Update 3 of Availability Suite 9.5. The biggest release in company history, or so Veeam says, features centralized agent deployment, support for the still youthful VMware Cloud on AWS, and more.

Looking for a managed services-friendly, as-a-service Security Information and Event Management (SIEM) offering? Talk to CARVIR about their partnership with EventTracker to deliver a fully managed SIEM solution for MSPs.

Many new and pretty things will come after the holidays when CES 2018 throws open its doors. A few of those will be new LG monitors (pictured) with Nano IPS Technology and Thunderbolt 3 connectivity. In other news:

WatchGuard rolled out Fireware 12.1, the latest edition of its firewall OS.

Super Micro Computer extended its disaggregated server family with the Supermicro disaggregated 6U SuperBlade, which lets you refresh CPU, memory, I/O, enclosure, storage, power, and cooling independently for optimal timing of each. Let’s hope the new products are as disaggravating as they sound.

Those looking for User and Entity Behavior Analytics help might want to take a peek at the new LogRhythm UEBA, from LogRhythm.

Need to smarten up, hone tech skills, or kill some excess free time? Check out CompTIA’s Stackable Certifications. Stack Network+ on top of A+ and get a CompTIA IT Operations Specialist cert. A+ and Linux+ gets you Systems Support Specialist. Check out all seven stacks. Question: If you stack too many, will they fall and break?

Don’t ignore Amazon (as if we could) and the new updates to its AWS Training and Certification program. New digital education topics include Intro to Machine Learning, Amazon GuardDuty, and four more. All free.

Thales threw out the net of an all-cash offer and hauled in Gemalto.

Plan B: Blame it on the Young’uns. Who do we love to blame for everything? Millennials! Once we learned how to spell the term (two ll’s, two n’s) we couldn’t give it up. Buzzfeed listed off 18 Things Millennials Killed This Year.

They don’t mention bad security hygiene (see above), but the kids get blamed for killing everything else. British marmalade sales? Yep. Cable TV? Right. Lunch? Ditto. Marriage? Affirmative. You name it and, we can blame the kids for it. Harley Davidson sales, Buffalo Wild Wings’ drop in attendance, as well as college football games and Hooters (those just seem to go together). Even beer is losing to wine and weed. Although you would think all that weed would get Buffalo Wild Wings more takeout business. Stupid millennials can’t even get the munchies right.

The Intersection of Hybrid Cloud and Identity
END_OF_DOCUMENT_TOKEN_TO_BE_REPLACED

Jabra PanaCast Review - Get Your Huddle On
END_OF_DOCUMENT_TOKEN_TO_BE_REPLACED