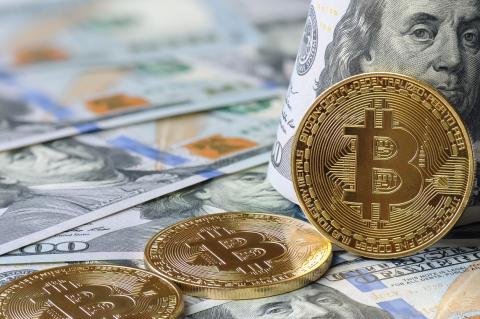 Demand for mining hardware, both GPUs and AISCs, is high, but builders face supply limitations. By James E. Gaskin
Tweet

SOME BELIEVE BITCOIN and other digital currencies are the future of commerce, while others call them “snake oil 1s and 0s.” But there's no denying that cryptocurrency miners—from one person with two computers to huge data centers dedicated to bitcoin processing—are buying all the hardware they can find.

The demand for building computers for cryptomining is keeping AVADirect Custom Computers busy with about 50 requests a day. "We have enough inquiries to keep us busy building nothing but mining machines for a year if people buy what they say they will buy," says Alex Sonis, CEO and founder of the Twinsburg, Ohio, company.

Processing cryptocurrency transactions, or mining, requires powerful computer hardware. Every 10 minutes or so, a new group of transactions, called a block, is released, and the miner who does the most work creating the block, called proof-of-work, gets paid in bitcoin by an exchange platform like Coinbase or another bitcoin ecosystem player.

The biggest miners, however, now want custom ASIC chips designed for particular digital currencies, according to Lee Bratcher, who founded the nonprofit Texas Blockchain Council two years ago as a "chamber of commerce" for blockchain. He estimates there are hundreds of small miners in Texas, with maybe two dozen major mining farms. "All the big miners have switched to ASIC chips designed for Bitcoin or Ethereum,” he says.

Supply is an issue, however. Bratcher says the leading manufacturer of the ASIC-based Antminer system, Bitmain, won't promise any more deliveries sooner than the end of October. "ASIC chips are hard to find, but some are coming from China to the U.S. because the Chinese government officially outlawed bitcoin mining."

GPUs, which is what most of Sonis’ customers want, are also in short supply. "We work hard with NVIDIA but can get only a handful of GPU boards at a time," he says, even though he builds around 300 systems per week.

AVADirect builds only custom systems as chosen and configured by the buyers on its website. All of AVADirect’s systems are sold on a cost-plus basis, and for mining hardware, the GPUs largely determine the cost. "Some customers will buy a system with two video cards to experiment with mining," says Sonis. "Then they'll come back and want eight GPUs in a 4U chassis with memory and motherboard. If the NVIDIA 3080 is $1,500 or so, that system may cost around $15,000."

LG Gram for Business 17 (2020): Big Reasons to Like It
END_OF_DOCUMENT_TOKEN_TO_BE_REPLACED