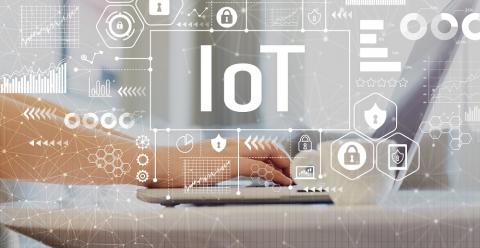 SYSTEMS INTEGRATORS typically have plenty of networking experience, but Internet of Things projects add new issues. Where are the endpoints, usually sensors, located? How far apart are they? What power source do they need? If they use batteries, will those batteries last for 10 years or longer? Channel pros need to take all these factors into consideration when implementing an IoT solution.

Lack of standardization also plagues integrators, says Andy Honeycutt, president and chief consulting officer of MeterSYS, a Raleigh, N.C., firm dedicated to advanced metering infrastructure with IoT deployments. "IoT is not plug-and-play," says Honeycutt. "Most hardware manufacturers do not establish consistent standards for integration of the device data into a usable platform."

The largest overlap of IoT and IT networks is Wi-Fi. "Wi-Fi is used in a lot of products that don't need Wi-Fi because vendors assume everyone has a Wi-Fi network," says Lee Ratliff, senior principal analyst at Omdia. Zigbee, a low-power, wireless mesh network standard, could perform just as well, says Ratliff, but vendors can't assume clients who pretty much all support Wi-Fi support Zigbee too. "The Wi-Fi Alliance is pushing Wi-Fi 6," he adds, "but Wi-Fi 4 is plenty good enough for devices such as surveillance cameras and is much cheaper than Wi-Fi 6."

IoT projects that are contained and limited in scope, such as a restaurant with surveillance cameras, POS software, card readers, and temperature sensors on refrigerators, almost always use Wi-Fi. Conditions are ideal for "traditional" networking, meaning all devices have a power source, many support Ethernet, and are close together. Changing any of those three conditions takes the network into new territory for many integrators.

"The company didn't care about the technology, they just needed to network inexpensive sensors," says Behr. An LPWAN (Low Power WAN) required a gateway every two or three floors because that signal can't penetrate many walls and ceilings. One BehrTech mioty gateway in the basement supported every sensor in the building, "and a kilometer around it," says Behr. The difference? Mioty uses the 915 MHz frequency in the unlicensed range in North America, and the lower frequency offers much greater penetration.