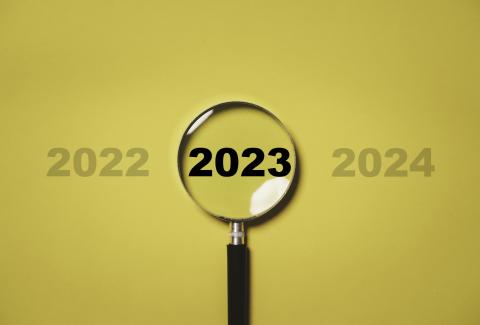 In a year likely to be marked by recession for most businesses, IT businesses should see growth instead. By Rich Freeman
Tweet

2023, SADLY, IS SHAPING UP to be right at home in a decade so far most closely associated with a global pandemic, soaring inflation, and war in Europe. Economists polled by Reuters see a 60% chance of recession ahead in the U.S., and even the comparatively upbeat Federal Reserve anticipates GDP to rise an anemic 0.5% this year. Coupled with the Fed’s stated plans to keep interest rates high until 2024, all signs point to a rough year ahead for the economy.

Elizabeth Parks, president of analyst firm Parks Associates, shares that generally optimistic outlook. 2023, she contends, will be a good year for the tech sector not despite economic turmoil but because of it.

“While there may be a lot of companies that aren’t able to make it, the companies that do are likely the ones that are going to be leaning heavily into technology for the future of their business,” Parks says. “If you’re not doing a digital transformation for your business, you’re not future proofing it in a way that will be sustainable.”

Other experts feel the same way. Hard times often inspire more IT spending versus less, they note. Despite a wide range of painful problems, 2023 should provide further evidence.

Recession or no recession, the future looks bright for managed services. Fully 95% of respondents to Datto’s latest Global State of the MSP Report said it’s a good time to be a managed service provider, and spending by SMBs on remote IT services in the U.S. alone will jump over 11% to $40 billion this year, according to Analysys Mason.

That’s no surprise to Jeremy Blanton, senior director of research for managed services at the Technology & Services Industry Association. A former MSP himself, Blanton racked up some of his best growth in some of the worst economic times by showing customers how IT could help them spend less and make more.

“Selling doesn’t help. Helping sells,” he says. “My advice is not to lose sight of the opportunity that brings when you can go to your customer base and provide a solution that actually helps” with tough business conditions.

On the other hand, Blanton continues, persistently high interest rates are likely to curb growth in the mergers and acquisitions market somewhat. “We’ll see some headwinds in 2023 that we haven’t seen in the past,” he says.

That’s consistent with guidance from S&P Global Market Intelligence, which says that global M&A deal value across verticals declined more than 35% year over year through the first nine months of 2022 and is likely to hold steady in the year to come.

Slowing GDP should be friendlier to the market for cloud solutions, however, according to Ed Anderson, vice president and distinguished analyst at Gartner, who notes that many companies regard cloud services as a useful way to conserve cash in a shaky economy by converting big-ticket capital investments into more manageable operating expenses.

“Cloud becomes one of those tools people use in times of economic uncertainty,” he says. “We saw this during the early days of the COVID pandemic and we’re certainly seeing that during these fears about potential recession.”

Gartner, in fact, expects global end-user spending on public cloud computing to rise 20.7% this year to $591.8 billion. Outlays on infrastructure as a service specifically will climb an even steeper 29.8% to over $150 billion. Unlike generic SaaS solutions, Anderson notes, IaaS platforms support “fit for purpose” applications customized to specific use cases and verticals. Developing and deploying those applications can be a rich source of revenue for channel pros whose clients view cloud-based apps as a way to be more efficient and more competitive at once.