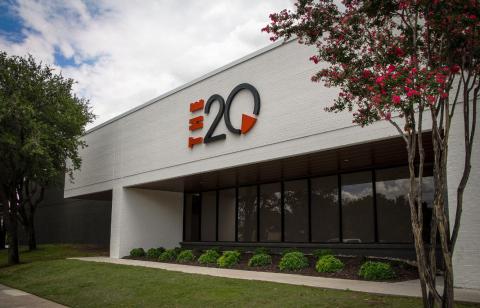 Proving that its unconventional business model works was just a battle for the managed services co-op. Now it wants to win the war. By Rich Freeman
Tweet
Reader ROI:
THE 20 spent its first few years proving that an unconventional business model can work.
WITH WELL OVER 100 MSPS now among its ranks, the group believes that initial battle has been won.
NOW IT’S FIELDING a new lead-generation team, and new managed security, managed print, and copier services.
THE 20’S AIM is to become the “managed IT department” of choice for SMBs across the country.

TIM CONKLE isn’t ready to declare victory just yet. But he’s pretty sure it’s squarely in his sights.

As CEO of managed services co-op The 20, Conkle has been working since the unconventional group’s founding to prove that independent MSPs can share tools, workflows, a help desk, business insights, technical advice, and even customers without sacrificing their brand or control over their business. Mission accomplished, Conkle told attendees of The 20’s annual member conference in Dallas two months ago. That, however, was just the battle.

“This is really about winning the war,” he said. “It’s time to move to the next stage.”

The war will be over, in Conkle’s view, when The 20 has realized the brash ambition that inspired its name: dominating the top 20 percent of the managed services market. Established just a few short years ago, the company has roughly 130 members at present and is adding another 10 to 20 every month. If that pace continues, Conkle will have reached the halfway point toward his ultimate goal of 500 members capable of serving every ZIP code in America by next summer.

To support his expanding army, Conkle has grown The 20’s headquarters staff 40 percent in the last year to about 100 people, all of whom now operate from a recently opened 30,000 square foot head office in Plano, Texas.

Seated among them is an entirely new lead-generation unit just now kicking into operation. “I could sell ice to an Eskimo, but first you got to find an Eskimo that’s willing to sit and talk,” Conkle observes. Formed in the wake of several unsuccessful prior attempts at centralized marketing, the new team will find sales prospects and farm them out to members. “All they’re going to do is show up at appointments and close,” Conkle says.

John Rutkowski likes the sound of that. “We share the costs, just like we share the help desk and other systems,” says Rutkowski, who is CEO of BOLDER Designs Inc., a solution provider and MSP in Newark, Del., and one of The 20’s earliest enrollees. “That makes it affordable, and also allows us to go after clients larger than who we are.”

Members are already seeing an increase in deals involving businesses with locations in multiple cities, including a record label in Nashville, Tenn., that has offices in Los Angeles, New York, and Cleveland, among other places. Rutkowski is one of several members of The 20 profiting from that account.

“We’re all working together on it, and you don’t have to spend time arguing about how we’re going to do things,” he observes. “It’s all laid out.”

The roster of services The 20 can offer such customers is getting broader too. In addition to traditional managed IT, cloud computing, and VoIP, member MSPs will soon have access to a managed security service backed by a professionally staffed, 24/7 security operations center located in The 20’s Plano HQ. Customers will use SD-WAN connections to route network traffic through a shared, centrally located bank of enterprise-grade firewalls from Palo Alto Networks Inc., of Santa Clara, Calif. Anyone unwilling or unable to feed everything through Plano will instead utilize local firewalls from either Palo Alto or Fortinet Inc., of Sunnyvale, Calif.

Mike Harvey, president of MLH Solutions Inc., an MSP with offices in Los Angeles and Bakersfield, Calif., expects the total package to be a “game changer” for The 20. “We’re going to be able to deliver something to our clients that practically no other MSP would be able to deliver, and no small business or very few of them would be able to afford,” he says. “I think it’s going to lock in place a lot of existing clients and help win new accounts as well.”

Security and Automation Among the Top IT Priorities
September 17th, 2021