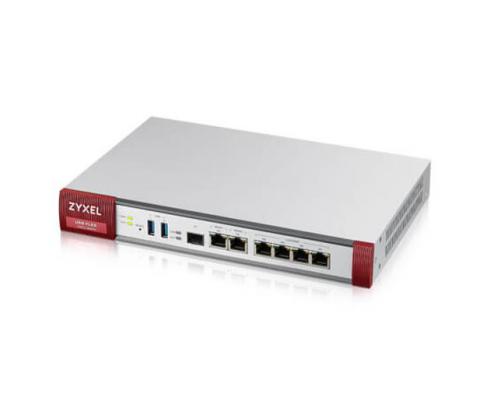 The new USG FLEX line, Zyxel says, provides up to 125% of the system performance and 500% of the security performance of earlier USG models. Management of the new products via the vendor’s Nebula Cloud Networking Solution is due later this year. By Rich Freeman
Tweet

Zyxel has added a trio of firewalls to its mid-range USG line that are designed to offer a significant performance boost at competitive prices.

The USG FLEX 100, USG FLEX 200, and USG FLEX 500, which are scheduled to reach market later this month, provide up to 125% of the system performance and up to 500% of the unified threat management performance of earlier USG models, according to David Soares, vice president of North American sales at Zyxel. That kind of throughput is a necessity, he adds, for SMBs eager to capitalize on the higher-capacity broadband connections many of them have switched to in recent years.

“You don’t want the firewall to become a bottleneck to the business taking advantage of those faster internet speeds,” Soares says.

Soares credits the FLEX line’s performance edge over earlier USG units partly to hardware upgrades and partly to software improvements, including new file hashing techniques that spot malware in network traffic more efficiently. The new systems also pay differentiated attention to incoming traffic based on its source IP location. “If it’s a trustworthy source, then performance throughput is going to be a bit better,” Soares notes.

Other features in the new products are designed to accommodate the needs of businesses that are planning to allow—or require—employees to work remotely even after stay-at-home orders introduced in response to the coronavirus pandemic begin expiring. The new devices all support IPsec, SSL, and L2TP over IPsec VPN connections, for example, as well as zero configuration deployment. Their built-in wireless access point controller, meanwhile, enables technicians to perform management tasks without help from an external controller.

Buyers who prefer to use some but not all of the features in Zyxel’s UTM bundle can also purchase licenses individually to features such as web filtering, anti-malware, and email security. Users of earlier USG firewalls can migrate their current software licenses to new USG FLEX units at no extra cost.

The USG product family sits between Zyxel’s entry-level VPN firewalls and top-tier ATP lineup. It provides spam filtering, phishing protection, and other safeguards that VPN models lack but doesn’t offer the sandboxing capabilities included with ATP units. According to Soares, the USG portfolio, which is the company’s most popular, is typically the recommended option for businesses with up to 300 users.

LG Gram for Business 17 (2020): Big Reasons to Like It
END_OF_DOCUMENT_TOKEN_TO_BE_REPLACED