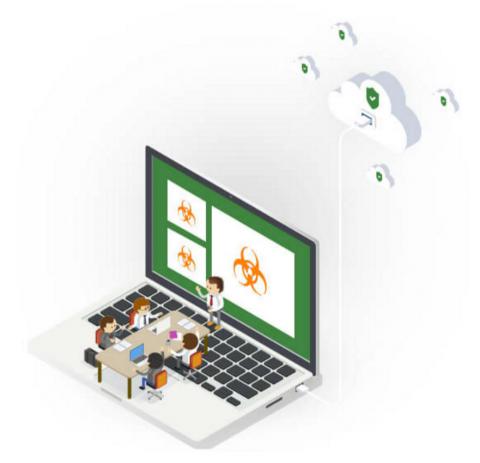 Currently in pre-release testing, the systems include a DNS protection offering for MSPs with subscription-based pricing. By Rich Freeman
Tweet

Technicians can attach those policies to specific IP addresses or ranges, and manage the system through the same Webroot SecureAnywhere Global Site Manager console they use to administer other Webroot products. And because the system automatically protects any device connected to the network, it’s an ideal fit for today’s mobile BYOD workforce, according to Charlie Tomeo, vice president of worldwide channel and technical sales at Webroot.

“It’s not going to matter whether or not they are employees or guests and what device they bring in. They’ll be protected,” he says, adding that the system is also lightweight and easy to install because it’s hosted entirely in the cloud.

“You’re not putting a bunch of appliances out there to handle that or putting in a software solution,” Tomeo observes.

Licensing for the system is subscription-based, to align with the MSP channel’s recurring revenue business model. According to Tomeo, the system will cost less than comparable offerings from other vendors.

“It gives our MSPs the ability to provide another layer of security at a pretty reasonable price,” he says.

The new, threat intelligence-armed version of Webroot FlowScape Analytics is currently in an early availability testing program. Webroot has yet to specify when it will officially ship.

The third and final solution introduced today is called Webroot BrightCloud Streaming Malware Detection. Targeted at makers of firewalls and other network security appliances, the system equips such products to identify malware in real time as it arrives at the edge of the network, resulting in faster threat mitigation. In fact, the new solution can evaluate over 5,700 incoming files a minute, which according to Webroot is more than 500 time faster than the web sandboxing techniques security vendors typically rely on.

BrightCloud Streaming Malware Detection is currently being beta tested by multiple appliance makers, none of which Tomeo would identify. It will begin reaching market towards the middle of the year.