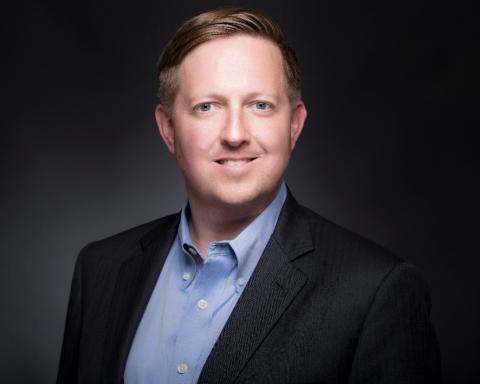 The well-known channel veteran, who most recently served as vice president of marketing at eFolder Inc., will oversee his new employer’s marketing, pricing, and sales activities, as well as its partner strategy and strategic alliances By Rich Freeman
Tweet

In his new role, Hulsy will oversee the Miami-based Workspace-as-a-Service vendor’s marketing, pricing, and sales activities, as well as its partner strategy and strategic alliances.

“itopia is the IT channel’s best kept secret for successfully migrating Windows IT environments to the cloud with greater speed, ease, automation, scale and excellence,” said itopia CEO Jonathan Lieberman in a press statement. “We’ve appointed Ted Hulsy to capitalize on itopia’s success and ensure we become the IT channel industry standard for quickly migrating to and easily managing cloud-centric infrastructures.”

Hulsy is a familiar presence in the SMB channel, who most recently served as vice president of marketing at Atlanta-based eFolder Inc. His efforts there resulted in a 1,000 percent expansion of the backup and file sync and share vendor’s partner base, from 300 to 3,000 organizations worldwide.

Prior to that, Hulsy directed marketing for security vendor SonicWall Inc., of Santa Clara, Calif., whose channel grew to 10,000 members under his leadership.

“The race is on and our bet is on itopia + Google Cloud to win,” said Hulsy in today’s press release. “Helping channel partners reach and exceed their growth and profitably goals is what I do. itopia is in position to lead and I am looking forward to seizing this incredible and growing opportunity to simplify cloud migration and cloud management for IT channel partners and their customers.”

The global WaaS market is set to expand at a 12.1 percent CAGR through 2022 to $18.3 billion, according to Transparency Market Research. CloudJumper, IndependenceIT, and NeverFail are three of many companies competing with itopia for a slice of that large and expanding pie.

If Your Chat Bot Sucks, You Suck

ChannelPro 5 Minute Roundup for the Week of November 22nd, 2021
How do Windows, Linux, and macOS compare?
Grateful, Happy, and Healthy: A Big Thank You to Everyone Who Helped CompTIA in 2021
END_OF_DOCUMENT_TOKEN_TO_BE_REPLACED

LG Gram for Business 17 (2020): Big Reasons to Like It
END_OF_DOCUMENT_TOKEN_TO_BE_REPLACED