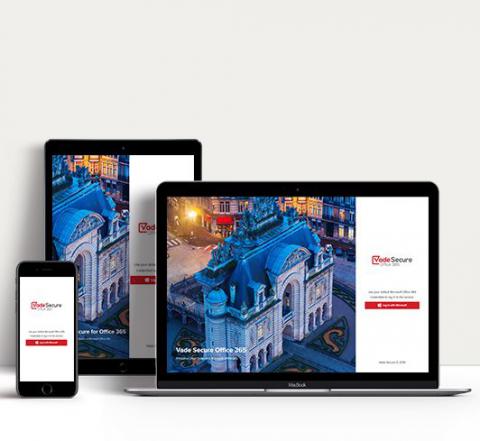 Drawing on artificial intelligence and a threat intelligence engine informed by input from 600 million inboxes, the system can now identify malicious messages and delete them across all the domains an MSP protects without manual assistance. By Rich Freeman
Tweet

The vendor announced the new functionality, which is available immediately at no additional charge, at the 2019 edition of Microsoft’s Inspire partner conference, which is currently underway in Las Vegas.

In the past, technicians could eliminate all instances of malicious messages in a customer’s domain manually with a single click, but relied on input from users to identify those threats.

The functionality introduced today draws on artificial intelligence and a threat intelligence engine informed by input from the 600 million inboxes Vade’s software protects to recognize dangerous messages on its own. It then removes those emails across all of the clients an MSP supports automatically.

For MSPs, the chief benefit of automatic remediation is improved efficiency. “They don’t have time to investigate those attacks and do the mitigation for all their customers, because that can take a lot of time,” Gendre says. “They need products that are set it and forget it.” Administrators, he notes, can enable auto-remediation with a single click in the Vade Secure solution’s management console.

Streamlining currently manual processes for MSPs is a design priority across all of Vade’s products, many of which will gain capabilities similar to those announced today in the future. “Every task they do manually needs to get automated,” says Gendre of managed service providers.

Vade introduced the Office 365 edition of its email security platform last December. At present, Outlook inboxes account for about 5% of the company’s installed base. According to Gendre, however, that figure is growing rapidly.

Last month, during its 2019 North American partner conference in San Diego, backup and managed services software vendor Datto announced that Vade Secure for Office 365 is now an optional, integrated add-on for its cloud-to-cloud SaaS Protection product. During a closing day keynote at that conference, Datto founder Austin McChord revealed that Vade was among the first investments that he advised General Catalyst, the venture capital firm he now works for, to make.

The market Vade Secure for Office 365 targets is a vast one. Spending on email security will grow at a 9.9% CAGR through 2022 to $3.58 billion, according to Frost & Sullivan. There were 180 million active monthly users of Office 365 worldwide as of April, according to Microsoft CEO Satya Nadella, speaking with investors and analysts during a quarterly earnings call.

For the second year in a row, Microsoft has banned reporters from attending Inspire, so its employees can share sensitive data and strategic plans with partners confidentially. ChannelPro is meeting with Vade and other Microsoft partners from the vendor and distribution communities just outside the conference in Las Vegas.