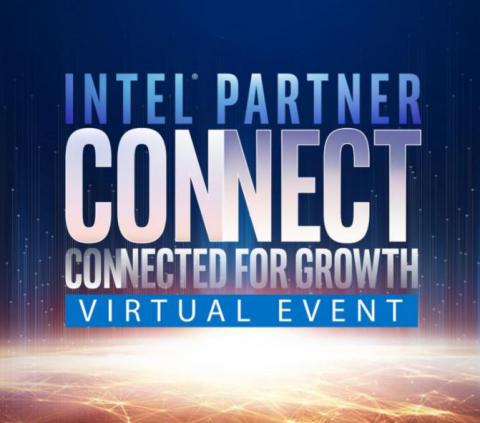 You’re not the only one who’s had a rocky 2020, channel pros. Intel’s been through some ups and downs this year as well.

“We definitely had some difficult times and some tough moments, and not just because of the pandemic impact,” said Greg Baur, a vice president in the sales and marketing group and general manager of the Global Scale and Partner organization at Intel, during today’s Intel Partner Connect virtual conference. Intel discussed plans for the impending launch of its all-new unified partner program during that show as well.

High points this year have included the company’s relatively strong revenue performance through the initial six months of the current fiscal year. “The first half turned out to be much stronger than we expected, with millions of people really having to adjust to learning and working from home, and we saw the density of PCs really increase,” said Michelle Johnston Holthaus, executive vice president and general manager of Intel’s Sales, Marketing, and Communications Group.

Though gross margins in Intel second quarter dipped to their lowest point in 11 years, due chiefly to costs associated with the launch of Intel’s Tiger Lake processor family last month, data center revenue rose 34% and PC revenue climbed 7%. Intel reports results for its third quarter on Thursday, days after announcing the sale of its NAND memory and storage business to SK hynix for $9 billion.

Meanwhile, and of perhaps greater importance to partners, the supply chain issues that plagued Intel last year are largely in the past, according to Baur. “Based on the investments we’ve made in technology and manufacturing quarters ago, if not years ago, we expect our supply to continue to increase,” he said.

Indeed, production of client device chips rose double digits in the first half of Intel’s fiscal year and will rise by double digits again in the second half, according to Steve Long, vice president of Intel’s Sales, Marketing, and Communications Group and general manager of its Client Computing Group. Long, in fact, expects production volume for client chips in the fourth quarter to reach levels not seen since the heyday of the PC market back in 2011, before devices like tablets began appearing.

“We were shipping close to a million units of PCs per day,” he recalls. “We will be in striking distance to do that again in Q4.”

Less welcome developments for Intel this year have included the news, announced in July, that products based on the company’s forthcoming 7 nanometer process have been pushed back another six months to a full year behind their original target launch date.

“Nobody at Intel is happy when a schedule moves,” Holthaus said this morning. “However, we heard from a lot of you that what you really appreciate is that we're going to be committed to deliver an annual cadence of products that you can rely on every year.”

Those products include the Tiger Lake family and others still on the roadmap. “We have an incredible lineup of products across our 10 nanometer process with volume in 2020, 21, and 22,” Holthaus said.

Acronis Adds Advanced File Sync and Share Pack to Cyber Protect Cloud
How Would You Rate Your Help Desk?
END_OF_DOCUMENT_TOKEN_TO_BE_REPLACED

Jabra PanaCast Review - Get Your Huddle On
END_OF_DOCUMENT_TOKEN_TO_BE_REPLACED