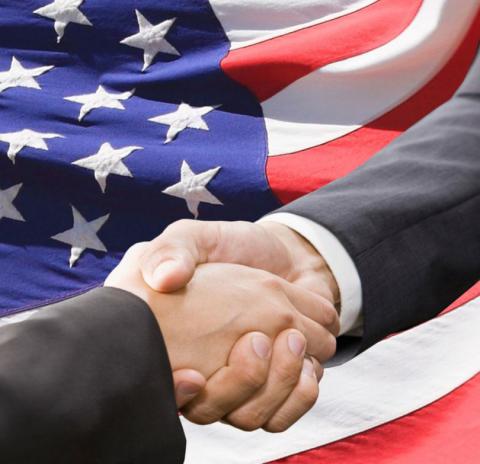 The new offering is designed to help newcomers to the federal, state and local government, and education verticals win deals they would otherwise be ineligible for by partnering with existing contract vehicle holders. By Rich Freeman
Tweet

Available to Tech Data partners in the U.S., the new Contracts Exchange Program (CEP) applies to the federal, state and local government, and education segments. Most buyers in those markets make technology purchases only from companies with specialized contracts that typically take large amounts of time and money to attain. The CEP, however, lets channel pros purchase access to contracts held by other IT providers rather than sink time and money in acquiring contracts of their own.

The result, according to Tim Hannon, vice president of public sector solutions at Tech Data, is a cost-effective route into a rich market for newcomers to the field. “It’s a good way for them to start dipping their toe in the water, figure out the business, and as they get a foothold decide whether or not this program works for them, and if they want to go get their own contracts,” he says.

Experienced public sector partners win as well, Hannon continues, by getting extra ROI on their government contract investments. “They spent a lot of money winning these contracts,” he notes. “If they can get more people utilizing that contract, then it starts to generate a better rate of return for them too.”

The upshot is a classic case of peers helping peers, according to Marty Bauerlein, Tech Data’s senior vice president of North American sales. “We’re allowing our customers to share,” he notes. “If one customer has a really good relationship with a school district but they’re not on the contract, they’ll be able to team with another VAR.”

“We really want to stay away from selecting who they work with,” Hannon says.

At present, two solution providers with extensive public sector experience are offering access to contracts through the CEP: Strategic Communications LLC, of Louisville, Ky., and All About the Data, of San Antonio, Texas. “We’ll have other participating partners over time,” Hannon says.

Arrangements of the kind Tech Data facilitates through the CEP are not uncommon in the public sector space, but historically have required participants to find and negotiate with each other on a one-off basis. “We’ve elevated it from something that’s ad hoc into a strategy that we’re going to use,” Hannon observes.

Significantly, he adds, that strategy employs a 100% partner-to-partner model in which Tech Data itself has no contact with government agencies. “Some of our competitors go out and get direct contracts themselves,” Hannon says. “When you start to get your own contracts and you’re managing and maintaining them by yourself and have a direct component to it, your partners are always fearful that you’re going to go direct.”

ChannelPro 5 Minute Roundup for the Week of January 11th, 2021
END_OF_DOCUMENT_TOKEN_TO_BE_REPLACED

Jabra PanaCast Review - Get Your Huddle On
END_OF_DOCUMENT_TOKEN_TO_BE_REPLACED