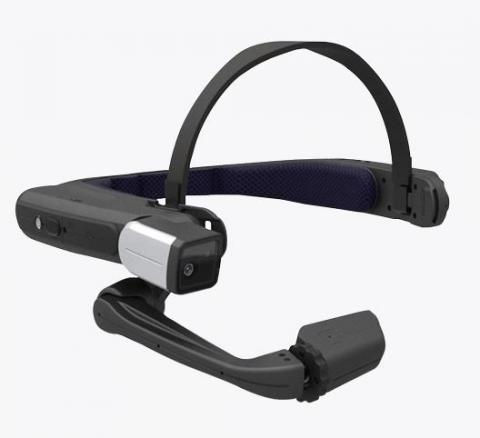 Version 2.0 of TeamViewer Pilot, the company’s augmented reality system for field technicians, can project arrows, text, and other instructions directly in a user’s field of view via headsets from Epson, RealWear, and Vuzix. By Rich Freeman
Tweet

TeamViewer has shipped a new edition of TeamViewer Pilot, its augmented reality solution for remote technicians, with built-in support for headsets and smart glasses from Epson, RealWear, and Vuzix.

Unlike earlier versions of Pilot, which allowed users to view augmented reality data only on their smartphone display, version 2.0 can also project arrows, text, rotational indicators, and other instructions directly in a technician’s field of view, allowing them to perform maintenance and repair processes with both hands.

“You can just connect with them through Pilot and actually show them physically, as if you were right in front of them, do this, do this, do this, do this next, go in this, pull this screw out, put this other color screw in,” says Gautam Goswami, CMO and head of products at TeamViewer.

In combination with Pilot’s original capabilities, he continues, the new functionality helps MSPs create a “shared intelligence framework” that lets employees with expertise in a specific router or firewall, for example, assist colleagues with repairs remotely, rather than drive out to a customer site.

“You don’t have experts in every product or every brand in every region,” Goswami observes.

Giving technicians easier access to experts increases “first call resolution rates” on support visits, he adds, leading to lower operational expenses and higher customer satisfaction. “If you are going to get a solution done in one visit in place of three or four visits, of course, you’re going to save money and your Yelp ratings are going to go up, and that means more business,” Goswami notes. “It’s a win-win for everyone.”

Users can collect those benefits even when high-bandwidth connectivity isn’t available, according to TeamViewer. “It works on 3G, so if you’re in a very remote location, and you just have your phone with you and your smart glasses, you can just connect to your phone’s hotspot and your smart glasses will be able to do full Pilot interactions,” Goswami says.

Other significant enhancements in Pilot 2.0 include higher frame rates, image quality improvements for both streaming video and paused images, and support for Android devices in addition to Windows, macOS, and iOS clients.

TeamViewer chose Epson, RealWear, and Vuzix as its launch partners for smart glasses functionality because their products are both popular with buyers and appropriate for commercial use cases. “A lot of the glasses are focusing on gaming and everything else, but these are the ones that are actually focusing on industrial settings,” Goswami says, adding that support for products from additional manufacturers will be coming soon.

“This is a constant progression,” he says. “We are working with a lot of different devices.”

Pilot’s new smart glasses feature is included at no extra cost in the product’s $39 per user per month subscription price. That, according to Goswami, “democratizes” a technology that’s been available for a while but at prices only large businesses could afford.

“Managed service providers are barely scratching the surface of using AR technologies right now,” Goswami says. “I believe this technology coming down to this cost basis is going to really make smaller MSPs get real value out of this, because they are the ones who can’t really hire super experienced, super experts in all the different brands.”

Global shipments of both augmented and virtual reality headsets will climb 54.1% to 8.9 million units this year, according to IDC.