SuperOps.ai Has Third-Party Integrations on the Way 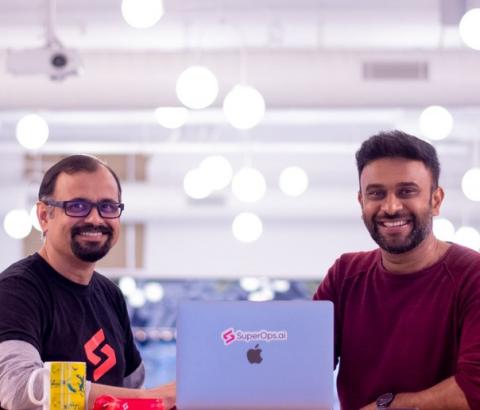 Though the startup maker of managed services software expects most users to rely chiefly on its own RMM, PSA, and other products, it’s about to start linking its software to external vendors as well. By Rich Freeman
Tweet

Though it makes an expanding, multi-component suite of managed services line-of-business applications, SuperOps.ai has integrations with other RMM and PSA vendors coming soon.

“We’re in the process of opening up the API,” says Mark Crall, the startup software maker’s vice president of sales, adding that the first connections with leading outside vendors will be to its PSA solution within the next few weeks. Crall spoke with ChannelPro last week at the first SMB Forum event of the year in Newark, N.J.

Access to SuperOps.ai’s RMM solution as well will become available by midyear. Those integrations, however, will focus more on reading data from the company’s platform than on writing data to it. “We’re being very cautious about the RMM side,” Crall says. “We have a zero-trust policy and we don’t want to be in the news for the wrong reasons.”

Additional integrations with products used extensively by MSPs and their customers are also on the SuperOps.ai roadmap. “We’re looking at all the accounting packages that are most common and the CRMs that are most common,” Crall says, noting that the company plans to leverage platforms from Gradient MSP and Pax8 among others in addition to its own APIs to simplify those integrations.

Further backend connections will enable SuperOps users to purchase and provision products from alliance partners through a new online marketplace. Bitdefender is the first vendor represented on that site, which SuperOps created in response to requests from MSPs looking to buy more of the software they use and resell through fewer suppliers. Crall expects further companies to add marketplace listings soon.

“If the vendors want to transact their product through us and have us operate as a distribution partner, then that’s now an option,” he says.

For all its enthusiasm for integrations, however, SuperOps foresees most users leaning far more heavily on its own products than on third-party systems. Like ConnectWise, Datto, and others, the company believes most channel pros crave the efficiency made possible by unified product suites. Indeed, 78% of MSPs believe that using integrated tools helps drive profitability, according to Kaseya’s 2022 Global MSP Benchmark Survey Report.

Introduced in preview form last year, SuperOps officially introduced its platform in mid-January, and announced the completion of a $14 million Series A funding round led by Addition Capital and Tanglin Venture Partners days later. The “.ai” in the company’s name hints at the artificial intelligence that will ultimately help users automate core workflows. “Intelligent alerting” functionality designed to warn technicians about current and anticipated problems with fewer false alarms than competing platforms will arrive first, followed by remediation technology capable of fixing issues without technician assistance.

ChannelPro Weekly Podcast: Episode #200 - Turning It Up to 11
September 24th, 2021
Forget HIPAA - Client Information Portability and Accountability is on the Horizon
October 17th, 2021

ICYMI: Our Channel News Roundup for the Week of August 1st
END_OF_DOCUMENT_TOKEN_TO_BE_REPLACED