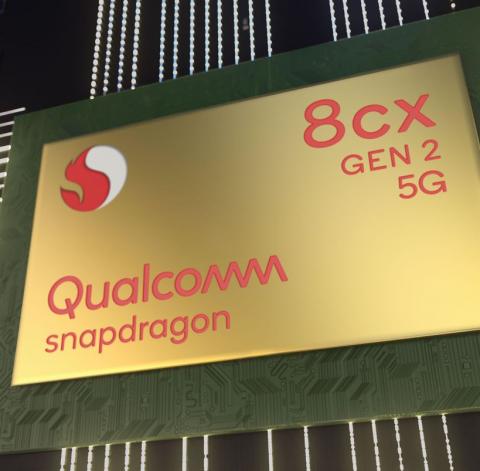 A native ARM64 version of the vendor’s Intercept X endpoint protection system, due in the second half of the year, will secure an emerging class of thin, light, and fanless Windows 10 devices with continuous 4G and 5G cellular connections. By Rich Freeman
Tweet

Sophos is developing a version of its Intercept X endpoint protection solution for 5G PCs powered by Qualcomm Snapdragon processors.

Due in the second half of the year, the new version of the vendor’s next-generation security product will be a native ARM64 implementation designed for a new generation of thin, light, and fanless Windows 10 devices continuously linked to the internet via 4G and 5G cellular connections.

“Together, Sophos and Qualcomm, are providing channel partners—and the customers that they serve—with safe computing environments, which is needed with always on, always connected 5G PCs,” says Sophos Senior Director of Product Management Anthony Merry. “The world is moving toward being ubiquitously always on and always connected, which can increase network attack opportunities. This collaboration brings performance, ease-of-use and security to users.”

According to Sophos, deep integration between Intercept X and Snapdragon processors will allow devices to maintain nonstop communication with external monitoring platforms even when offline via the Qualcomm platform’s “connected standby” feature; leverage the Qualcomm AI Engine to run Intercept X’s behavior-based machine learning technology at higher speeds and with better power efficiency; and utilize Snapdragon’s hardware-level root of trust to confirm device and cryptographic integrity.

Support through the cloud-based Sophos Central management interface, Sophos says, will enable channel pros to administer the Snapdragon version of Intercept X through the same console they use to manage other versions.

Industry analysts expect ARM-based PCs to be increasingly popular this year among users who like the sound of a device that springs to life as quickly as a smartphone while providing smartphone-like battery life as well. Continuously connected devices with high-speed 5G connections pose a variety of security risks, however.

Microsoft’s Surface Pro X, which shipped late in 2019, was the first Windows 10 portable to feature Snapdragon chips. Last September, Acer introduced the Spin 7, a 2-in-1 equipped with Qualcomm’s latest-generation Snapdragon 8cx Gen 2 5G processor. According to the manufacturer, the 14-inch unit provides up to 29 hours of continuous power.

Meet the 2022 ChannelPro Vendors on the Vanguard
END_OF_DOCUMENT_TOKEN_TO_BE_REPLACED