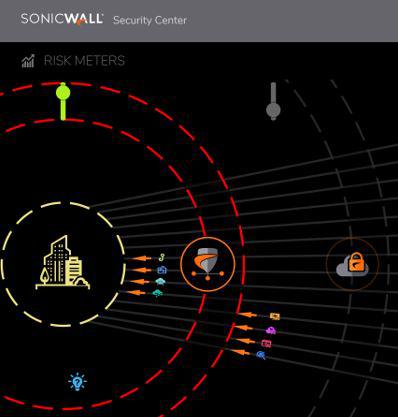 The threat detection and response vendor made those and other announcements, including the launch of new unified threat management appliances with built in Power-over-Ethernet ports and the extension of the company’s Capture Advanced Threat Protection solution to its web application firewall, in conjunction with its latest quarterly wave of product updates and debuts.

“Ultimately speaking, we want our customers to be able to run our technologies wherever they want, either on premise, in the cloud, et cetera, as well as our appliance form factor,” says Lawrence Pingree, executive vice president of product management at SonicWall. The company is considering the possibility of adding support for Google Cloud Platform in the future as well.

“We have had a number of inbound requests,” Pingree says.

SonicWall’s SD-WAN functionality will be built into its SonicOS firewall operating system starting next month, and available to no extra cost to anyone with a support contract running version of 6.5.3 of that platform. The new feature is designed to help businesses secure connections with remote and branch sites more effectively while eliminating investments in expensive high-speed, low-latency services from telecommunication providers and ISPs.

“[It] allows the customer to have the same kind of experience that you would get out of one of those dedication circuits or MPLS connections,” Pingree says. “Ultimately speaking, that adds up to quite a tremendous cost for customers.”

The addition of zero-touch provisioning to SonicWall’s hardware lineup extends those savings by allowing partners to install new firewalls without dispatching a technician to a client’s office. “We can essentially drop ship a unit to any location,” Pingree says. Once the customer has plugged it in, their partner can complete the configuration process remotely.

Together, Pingree continues, integrated SD-WAN and zero-touch provisioning make a potent money-saving combination for SMBs. “You get the ability to save costs on your internet connectivity and then save costs on the engineering side for deployment and administration,” he says. “The savings that you get from both of those combined, in a lot of cases, would pay for the cost of any deployment of your firewall.”

In October, SonicWall competitor Zyxel introduced an SD-WAN add-on for its ZyWALL VPN appliances priced at $149 and up. Global outlays on SD-WAN hardware and software will climb at a 40.4 percent CAGR through 2022 from $833 million last year to $4.5 billion, according to IDC.

The new risk scoring solution, officially called SonicWall Risk Meters, is a new component of the company’s Capture Security Center management interface. Drawing on data from the vendor’s sensor network of more than a million devices, the service offers a site-specific visualization of how many threats a customer is exposed to by virtue of not deploying DPI-SSL, intrusion detection software, botnet defenses, or other recommended components of a defense-in-depth security strategy.

Jabra PanaCast Review - Get Your Huddle On
END_OF_DOCUMENT_TOKEN_TO_BE_REPLACED