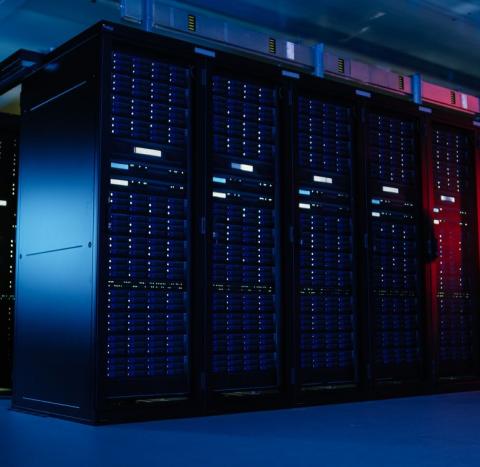 The changes are designed to encourage electrical contractors, consultants, and engineering firms on the one hand and IT partners on the other to collaborate in pursuit of burgeoning opportunities in the data center and edge computing markets. By Rich Freeman
Tweet

The changes also make partnering with Schneider more attractive and profitable for ASPs by offering them a wider range of products and services to sell.

“You can think of the ASPs in many respects as an extension of our own salesforce,” says Jay Owen, senior vice president of Schneider’s North American Secure Power Division. “If you register an opportunity and the opportunity appears to be something requiring a complex solution, we’ll assign the appropriate team to come in and help you with it.”

As before, membership in the ASP program will be limited to a small, invitation-only set of partners with relationships in sizeable electrical contractors, consultants, and engineering firms, each of which will enjoy exclusive rights to an assigned sales territory. Unlike previously, however, those companies will be free to sell Schneider’s full suite of UPS, power distribution, server rack, cooling, switchgear, and other data center offerings, plus its software and services, instead of products sold through the Secure Power Division alone.

More significantly from the standpoint of IT partners, Schneider is switching to a commission-only compensation model for ASPs that bars them from selling products directly to end users.

“We used to allow some of our ASPs to buy and resell in certain instances,” Owen explains. “That would potentially put them in conflict with an IT channel [partner] who’s obviously doing the same thing, so we’re eliminating that.”

The result, he continues, will be more teamwork within the channel and fewer concerns among IT partners about friction. “That then allows us all to be more competitive,” Owen says, noting that keeping IT partners as well as ASPs happy is strategically critical to Schneider.

“The bulk of the opportunities that we participate in actually originate with our IT channels,” he observes.

Those opportunities are climbing rapidly in size and number at present. “If you consider the entirety of the data center space, it’s booming,” Owen says. Most of that growth is happening among hyperscale cloud computing vendors and large co-location service providers, but projects at smaller facilities are mushrooming as well.

“We’re seeing kind of the traditional enterprise data center and even the small to medium enterprise maintain its pace and even pick back up a little bit,” Owen says. “We don’t expect small to medium-sized companies to be building a lot of new data centers, but we are seeing them kind of upgrade what they have.”

That trend is in defiance of predictions as recently as a few years ago that SMBs and even many enterprises will stop maintaining let alone investing in data centers.

“That just didn’t happen,” Owen says. “Yes, they’re moving more services to cloud-based systems, but they’re not closing down everything and moving everything in that way.”

Is There Money in the Metaverse?
How Much Can You Earn As An Ethical Hacker
END_OF_DOCUMENT_TOKEN_TO_BE_REPLACED