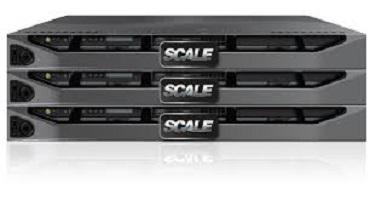 The new MSP program is dedicated to simplifying channel enablement, according to the vendor, and will enable partners to sell additional services such as disaster recovery as a service (DRaaS), infrastructure as a service (IaaS), and remote management as a service (RMaaS).

Scott Mann, director of the North American channel for Indianapolis-based Scale, told ChannelPro back in May that the program is an addendum to the company’s traditional reseller partner program. Mann says his focus has been on MSPs this year, and he has been reaching out to partners to explore where Scale has been successful. He found that buying HC3 units via one-time upfront payments was difficult from a cash flow perspective for channel pros earning most of their money from recurring revenue.

“We didn’t have a pricing model that was cost-effective for them," he said. Under the new model introduced today, partners will still get the appliance through the distribution channel, but will pay for it monthly. “It’s less of a liability for them on the books, and quicker ROI,” Mann notes.

Scale originally built HC3 as an alternative to VMware for large distributed enterprises, Mann explains. But serving a distributed enterprise mirrors how an MSP provides services to all its small business customers, which typically have 75 seats and under, one server, and cloud backup. “We provide all those solutions under one umbrella,” Mann says.

By eliminating the need for third-party licensing, HC3 saves money not only initially but even more so over the lifespan of the product, because there are no compatibility issues down the road. “You’re not going to have to rip and replace every three years when you want to update software and you find it doesn’t work with the hardware,” Mann states.

In addition, partners can leverage Scale’s patnership with Google to offer DRaaS, IaaS, and RMMaaS at their own data centers or at a co-location site.

According to Mann, the MSP version of HC3 has the same features as the original edition. “All we’re doing differently is that the system is more aligned with how you’d sell to the single-server client,” he says. The unit includes a single compute node, all-flash storage, and 64GB of RAM or more, as needed. “There’s nothing new in the hardware specs," Mann notes. "It’s really just the pricing model.”

Scale positions HC3 as an opportunity for MSPs that have not ventured into infrastructure offerings to add a new line of business. Plus, the appliance is designed to be easy to set up and manage, which makes adding a hyperconverged offering easier for newcomers to the field. Training is available from Scale as well.

“The biggest value we’ve had for partners is we do all the heavy lifting for them, until they are comfortable enough to take it on themselves," Mann says. "We’ll get them up and running and make sure their techs understand the system.”

Scale will focus on recruitment during the new program's first year, targeting regional MSPs with customers that have 75 seats and under. “It’s a very disruptive solution," Mann says. "We want to find partners to take this wave of hyperconversion to the market.”