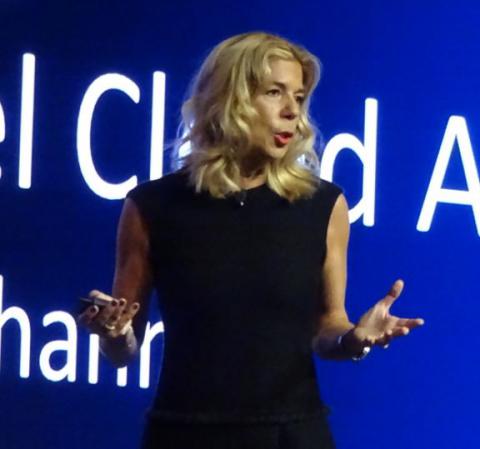 Cloud computing executive Renee Bergeron (pictured) is leaving Ingram Micro to pursue a new, and as yet undisclosed, opportunity elsewhere.

The leadership change is one of several that will affect the distributor’s senior ranks early in 2020.

Currently senior vice president of global cloud channel, Bergeron joined Ingram in 2010. Today is her last day with the company.

“I want to thank Renée for nearly a decade of service as she leaves on a high note, with the Ingram Micro Cloud Marketplace now well exceeding six million seats and doubling year over year,” said Dave in a press statement. “Our business today is the strongest it has ever been and our future holds great scale and opportunity. Along with building the world’s largest cloud channel marketplace, we have also built the largest and strongest bench of cloud leaders in the industry—all working hard to accomplish our mission of connecting the world’s innovations, businesses and technologies to help the world Do More.”

Bergeron played a key role in planning and executing Ingram’s strategic pivot from pick, pack, and ship distributor to leading supplier of cloud products and solutions. The cloud marketplace her team developed, which was used by over 55,000 partners as of the distributor’s most recent Cloud Summit event last May, was named the top platform of its kind for the third year running by voters in ChannelPro’s 2019 Readers’ Choice Awards.

Bergeron also helped oversee the $500 million series of acquisitions that helped fuel Ingram’s move into the cloud. Key transactions in that process include the purchase of cloud orchestration software maker Flexiant in 2017, cloud distributor Ensim Corp. in 2016, and the Odin Service Automation platform from Bellevue, Wash.-based Parallels Holdings Ltd. in 2015.

Following his departure, Ament’s former duties will be taken over by Vice President of Security and Data Center Software Eric Kohl and Jeff Yelton, who has been promoted to vice president of infrastructure and specialty technologies.

In his new role, Kohl will add oversight of Ingram’s U.S. software business and U.S. cloud portfolio to his current oversight of the networking and security business unit. He will be responsible for the distributor’s IBM, data center software and infrastructure, and Promark business units as well.

Jabra PanaCast Review - Get Your Huddle On
END_OF_DOCUMENT_TOKEN_TO_BE_REPLACED