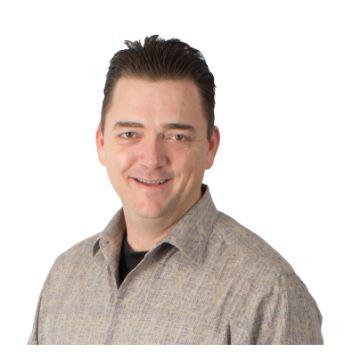 In the first manifestation of a strategic move to cash in on accelerating convergence across the IT and telecommunications channels, cloud distributor Pax8 has appointed Andrew Pryfogle to the newly created post of chief market development officer.

In his new role, Pryfogle will spearhead a strategic bid by Pax8 to expand beyond its roots in productivity, backup, and security software into the market for communications and connectivity solutions. Along the way, the company plans to add telco agents and VARs to its existing partner base of MSPs.

“It’s a completely different constituency, but the products continue to look more and more alike,” says Pax8 CEO John Street. “This convergence is almost at a tipping point now, and we’re going to hit the timing perfectly.”

In particular, Pax8 plans to add unified communications, SD-WAN, and other connectivity offerings to its existing portfolio of as-a-service products. According to Pryfogle, who was previously senior vice president for cloud transformation at cloud and telco master agent Intelisys, few of Pax8’s current partners sell any of those solutions.

“The MSP is leaving that money on the table,” he says. “We think we’re uniquely positioned to enable those MSPs to expand into those new markets.”

Telco channel partners, meanwhile, are still in the early stages of adding IT solutions of the kind Pax8 sells through MSPs to their offerings. Pax8, according to Street, can help more such companies add new revenue streams more easily and affordably by providing a ready-made billing and provisioning platform backed by access to outsourced support services from Pax8 itself and its MSPs partners.

“By having tier 1 support, coupled with MSPs who are even better at it, we’re building an infrastructure to take on the telecom VAR crowd who aren’t going to give much support,” he says.

The end result will be new business for Pax8 itself, its current MSP partners, and its new partners from the telco world, according to Chief Revenue Office Nick Heddy. “We want to be the cloud ecosystem for all partners,” he says.

According to Pryfogle, partners of any kind who ignore channel convergence—and the rising demand among end users for one-stop technology shopping that’s fueling it—risk missing out on a significant growth opportunity. “We’ve got to change our thinking as an industry and focus on how customers want to consume technology,” he says, adding that failing to do so will ultimately cost you clients.

“If you’re not having, for example, the UCaaS conversation with your customer, I guarantee you somebody else is,” Pryfogle says.

Pax8 chose Pryfogle to lead its communications market push based on his channel-building accomplishments at Intelisys and elsewhere.

“Intelisys has a great brand that we respect,” Heddy says. “They’ve done a good job of innovating within their channel that they’re in, the master agent channel, and we felt like Andrew was the person behind that brand, really driving cloud adoption and also focusing on the customer experience.”