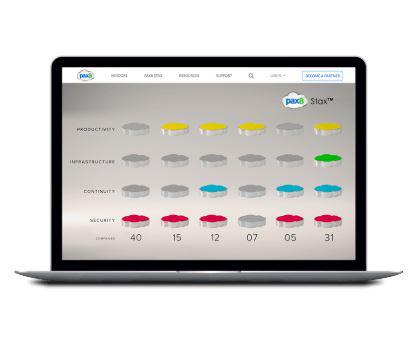 The latest members of the Greenwood Village, Colo.-based distributor’s curated portfolio of cloud vendors are part of an ongoing effort to give resellers a wider range of choices when recommending solutions to their customers.

The new partners also feed into Pax8’s effort to drive cross-selling across its solution catalog through Stax, a recently-introduced feature of the company’s redesigned website that helps resellers quickly identify which cloud solutions their customers should be using but aren’t.

For example, Dropsuite Ltd., one of the five new Pax8 partners, offers both Office 365 backup services and email archiving. Those are distinct but complementary solutions, notes Walsh, who adds that Pax8 learned about Dropsuite via input from partners.

“Dropsuite just had a great reputation out there,” he says.

Partners endorsed two further newcomers to the Pax8 ecoystem, Passportal Inc. and Proofpoint Inc., as well. The former company specializes in password management software. “It can help an MSP manage security on behalf of their customers, and it’s a channel-centric product,” says Walsh, noting that Passportal has offered documentation software since March of last year as well.

Proofpoint, meanwhile, offers solutions for email security, archiving, encryption, and continuity. According to Walsh, those are closely related products ripe for cross promotion through Stax.

“They have four things that you could come in and buy instead of somebody else’s [products],” he says, “That’s what we look for.”

Acronis International GmbH, which is also now part of Pax8’s vendor lineup, likewise offers a collection of products in adjacent categories rather than just one solution.

“Acronis has the most comprehensive suite in the area of business continuity and data protection,” Walsh says, noting that it includes components for on-premises and cloud-based backup, disaster recovery-as-a-service, and file sync and share, among other functions. “They check a lot of boxes,” Walsh observes.

This week’s final addition to the Pax8 catalog is the least well known, an Israeli company named IRONSCALES whose anti-phishing software lets organizations not only identify infected messages but delete them from an entire organization’s inboxes at once.

“No one else is doing that,” Walsh says. “It’s a great Stax product.”

Pax8, which has grown sales 4,393 percent in the last three years, according to Inc. magazine, currently has about 4,500 partners. Walsh says it will continue rolling out products from existing and net new vendors until it has two to three alternatives in each category it supports.

“I think that you’ll see one or two products a month,” he predicts. “We can’t have 10 options within one sub-category, but our community wants a few so they can decide which one they want.”

A number of other exhibiting vendors, including Auvik Networks, CloudJumper, EventTracker, Liongard, and security startup RocketCyber, announced new products and integrations at IT Nation this week as well.

The Vertical IoT
Q&A: What Business Leaders and Practitioners Need to Know to Implement AI Solutions

Jabra PanaCast Review - Get Your Huddle On
END_OF_DOCUMENT_TOKEN_TO_BE_REPLACED