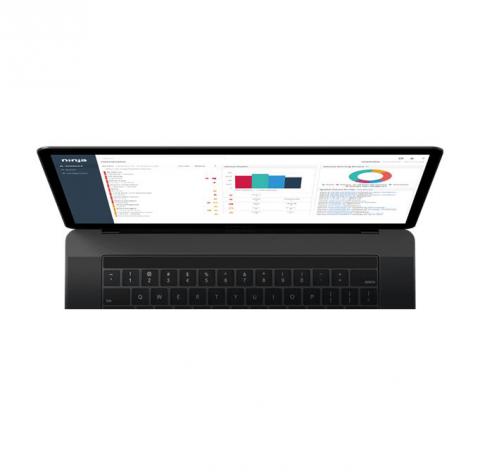 Enhancements in the update include an upgraded scripting engine with expanded automation capabilities and a new API that lets third-party software perform actions on endpoints instead of just monitor them. By Rich Freeman
Tweet

NinjaRMM has released an updated edition of its remote monitoring and management solution with enhanced automation and a more robust API, among other changes.

Shipped this week, version 4.6 of Ninja’s RMM tool includes an upgraded scripting engine that can monitor processes and then send alerts, create tickets, or launch other scripts automatically in response to the outcome. The upshot for MSPs is increased productivity, according to Michael Shelton, NinjaRMM’s head of global support.

“It’s basically just the next logical step after being able to deploy scripts—being able to actually take automations based off of the results of those scripts,” he says. Using the new feature, Shelton observes, technicians could create a script that searches for unauthorized applications on endpoints and deletes anything it finds automatically.

The new API, which replaces a predecessor that supported little more than basic monitoring, now lets third-party software take action like creating organizations or locations and editing policies. “It basically takes our API to a whole other level,” Shelton says. ConnectWise, he continues, will soon use the updated interface to integrate its BrightGauge reporting tool with Ninja’s solution.

“I think that this is going to be just the first of many such integrations that we’re going to see,” Shelton says. “We’ve had other integration partners that have wanted to build out their own integrations on their side utilizing [our] API, but they were waiting for a lot of these options.”

MSPs have been waiting for capabilities provided by the new API with even greater anticipation, he adds, noting that many partners use Ninja’s platform as a foundation for running custom management software.

“We have such a diverse and creative customer base,” Shelton says. “I suspect that the predominant use of our API is going to be within our MSP channel.”

Another update in version 4.6, which is available in the U.S. only for the moment, allows technicians to bulk import users for the first time instead of add them manually. MSPs who use TeamViewer for remote control, meanwhile, can now give Mac users the ability to approve or reject remote access sessions. Windows users received that option earlier. According to Shelton, it’s an especially relevant feature at a time when many businesses are working remotely due to concerns about COVID-19 or in response to stay-at-home regulations.

“Now that they’re not necessarily in an office, they need to have the assurance that their vendors are not going to be accessing their devices without proper permission,” he says.

Ninja has also extended permissions for its end user sharing feature to administrators with limited access rights. Primarily designed to let multiple people use the same endpoint, end user sharing has proven useful as well in recent months as a quick tool for giving work-from-home employees secure remote access to their own PC at the office. The new addition to that functionality in version 4.6 enables MSPs to empower customers with in-house IT staff to manage sharing rights on their own.

The new release supports Spanish language localization for the first time as well. According to Shelton, Ninja’s overseas user base has grown significantly in the last year. “We’re trying to make NinjaRMM accessible to as many languages as possible, so we have a pretty robust calendar ahead of us for language support,” he says.

Getting to the Next Level: SWOT Analysis
END_OF_DOCUMENT_TOKEN_TO_BE_REPLACED

Jabra PanaCast Review - Get Your Huddle On
END_OF_DOCUMENT_TOKEN_TO_BE_REPLACED