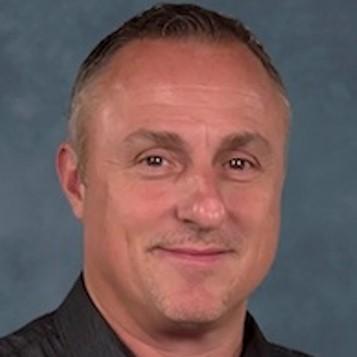 The new release comes shortly after the pending acquisition of Datto by Kaseya turned Ninja into a member of the “core four” software makers for MSPs, according to recently hired Chief Channel Advisor Adam Slutskin (pictured). By Rich Freeman
Tweet

NinjaOne has unveiled a new release of its managed services software suite with additional scripting, integration, ticketing, and documentation capabilities.

Version 5.3.2 of the vendor’s integrated platform, which is due to reach North American users in mid to late June, includes an enhanced RMM scripting library stocked with an initial batch of user-ready entries that technicians can customize to their needs. As before, users can add and store their own scripts in the library as well.

Technicians can also schedule scripts to run automatically on startup, at next login, and when offline devices reconnect, as well as before or after patches are applied. The RMM system can  wake devices automatically for scheduled patch scans and updates too.

In addition, the new release includes an enhanced connection to the ConnectWise Manage PSA solution.

“ConnectWise and [Datto] Autotask are still today two of the most widely used PSAs in the MSP ecosystem, so obviously anything you can do to enhance those integrations is a big deal,” says Adam Slutskin, a one-time ConnectWise executive who joined NinjaOne (known as NinjaRMM until last October)  earlier this month as chief channel advisor.

Revisions to the ticketing application that Ninja first rolled out last September include the ability to assign contacts to devices and automatically assign tickets to those owners, as well as support for adding, removing, renaming, merging, and viewing utilization for ticket tags.

The documentation solution that reached market two months before the ticketing system now lets users track changes to documentation, revert unwanted changes, and map relationships among devices, fields, organizations, and other objects. The updated system also has an API for exchanging information with third-party tools.

New patch management capabilities for MacOS and Linux devices is now in closed beta testing, with wider release expected later this year. File and folder backup for Apple Macs is now in an open beta trial with general availability slated for September or soon after. Ninja rolled out its backup solution in 2020.

Forthcoming additions to the Ninja portfolio are listed on the company’s public roadmap.

Since his departure from ConnectWise in 2017, Slutskin has been serving in senior advisory capacities at Liongard as well as startup Password Boss and its AutoElevate unit, which are led by ConnectWise co-founder David Bellini. He continues to work with all three of those companies as before in addition to Ninja.

“It’s no different than how people sit on multiple boards,” Slutskin notes, except “I really get to help and get my hands dirty.”

Ninja is the first maker of managed services line-of-business software that Slutskin has signed on with since leaving ConnectWise, which was acquired by private equity investor Thoma Bravo in 2019. The will-not-compete agreement he signed when exiting just recently expired.

“While I can’t be thankful enough to ConnectWise and Thoma Bravo, I’m very excited about working with Ninja,” Slutskin says.

That’s in no small part, he continues, because of the pending acquisition of Datto by fellow IT management kingpin Kaseya has created room at the top of the vendor pyramid.