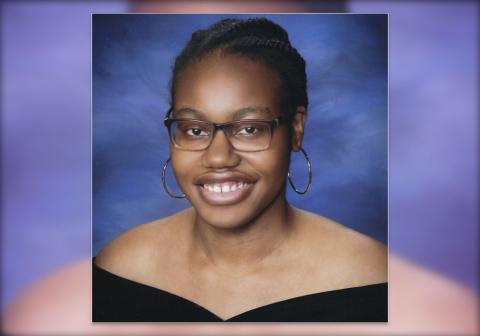 Maryann Nwude (pictured), the 2022 winner of an award from CompTIA and ChannelPro for young women starting a career in IT, aspires to introduce more people of color like herself to the worlds of hackathons and AI research. By Rich Freeman
Tweet

For Maryann Nwude, an interest in technology and a commitment to diversity, equity, and inclusion have gone hand in hand right from the start.

From as far back as middle school when she first began investigating careers in computer science, Nwude often found herself one of the few people of color in online communities, not to mention the only girl.

“I’ve definitely been in environments where I have felt like an outsider, especially in tech,” Nwude says. “You notice and you understand that it’s a problem, but when it keeps happening, it’s like what can I do to help?”

Nwude was named this year’s winner of the Cecilia Galvin Scholarship, an annual grant from CompTIA and ChannelPro aimed at helping a young woman pursue a career in IT, during a ceremony at CompTIA’s ChannelCon event in Chicago this morning. Her journey to that milestone began several years ago, when she won admission to Charles Herbert Flowers High School, a science and technology magnet school in Springdale, Md. Shortly after arriving there, she entered the school’s computer science track and joined the Math, Engineering, Science, Achievement (MESA) Club.

“That’s where I first discovered hackathons,” she says.

They’ve been a passion ever since, partly because they offer a crash course in coding languages and frameworks, as well as invaluable lessons in rapid-fire problem solving. But that first hackathon Nwude participated in, called Technica and the biggest such event for underrepresented genders in IT, also introduced her to like-minded peers for the first time.

“Just having that community of support and interaction and positivity really just solidified how much I wanted to be in that as a career,” says Nwude, who has participated in Technica every year since 2018 and recently served as an official campus ambassador for the program, responsible for driving local interest and attendance. Her latest hackathon project, created with a team of collaborators, is a website called CryptoGal.

“It basically helps educate women about financial technology and cryptocurrencies, because they’re underrepresented and often don’t have a lot of information in those fields,” says Nwude, who has been an active member of her school’s MESA chapter, serving first as vice president and then as president. The experience gave her firsthand experience with conflict resolution, time management, and other leadership skills that she put to good use, among other places, guiding a team of MESA members to a first-place finish in a wearable technology contest.

“The challenge was to create a device that studies an infant’s heart rate and was able to report accurately on that,” Nwude says. “I really try to create projects that I know will help people and that have a positive impact.”

That ambition is reflected in her senior year Science and Technology Capstone Project, in which she researched racial bias in facial recognition technologies, which often have trouble distinguishing one Black photograph from another, or display Black faces when prompted with words like “criminal.”

“It’s a problem that stems from a lack of representation and a lack of diversity in the spaces that are creating these programs and the information that these programs are being fed,” Nwude explains. “If a data set primarily collects white male faces, then those are the only faces that the facial recognition program will be able to accurately identify.” Her study examined that problem as well as more effective and inclusive models explored in work like Dr. Joy Buolamwini’s Gender Shades project.