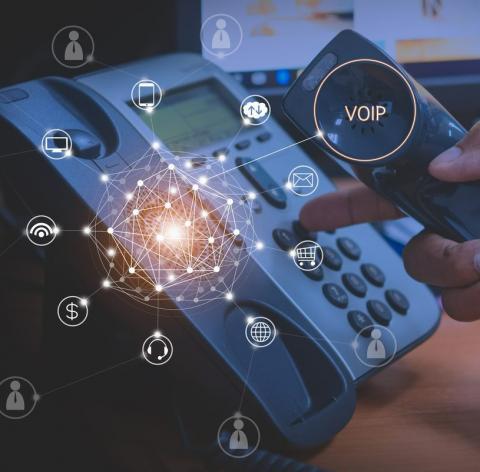 Named Clarity, the portal and management tool features a streamlined interface and a new set of APIs designed to make incorporating unified communications functionality into other backend business solutions easier for MSPs. By Rich Freeman
Tweet

ConnectMeVoice has rolled out a new platform and management tool for its unified communications-as-a-service offering.

Called Clarity, the new system is designed to be easier for both MSPs and their customers to view and navigate, according to ConnectMeVoice CEO Scott Seltzer.

“The interface and the user experience are significantly enhanced from what we had before,” he says, adding that ConnectMeVoice hired user interface and experience experts to help it optimize administrator and end user workflows.

“More important than being pretty is that it saves people time both in learning it and the amount of time it takes to complete a task,” Seltzer says. “You don’t want to have to click on something three times when you can do it once.”

For MSP users, Clarity combines customer provisioning and ongoing management features previously found in separate tools within a single console, allowing technicians to get a broader view of a client’s status in one place. “As soon as you log in, there’s a nice view of everything,” Seltzer says. “That’s another way we save people time and effort.”

For channel pros, he continues, the UI enhancements in Clarity make training newcomers to the system simpler. “It’s going to be a lower learning curve to learn this than our old platform,” Seltzer says.

The streamlined interface will make self-management by end users more feasible as well, he adds, allowing MSPs to free up technician time for other tasks. Partners can customize the interface to reflect their branding more fully than before too.

Based on Google’s Angular platform for mobile and web applications, Clarity is also designed to be speedier than its predecessor. In addition, though two-factor authentication is available for administrators in some ConnectMeVoice legacy tools, Clarity lets MSPs extend that safeguard to their customers for the first time. 2FA is presently optional in Clarity but will become mandatory for all users in the future.

“That’s just the way the world is going,” Seltzer notes.

Also included in Clarity are new RESTful APIs that channel pros can use to integrate the system with their PSA, CRM, and other business solutions more easily. The new interfaces replace an older, less flexible set of SOAP-based protocols.

Clarity is available immediately for MSP users. End user access is set to go live next month. The legacy portal remains available too for anyone not ready to switch. “Eventually we’ll want a sunset it, but we have no specific date on that,” Seltzer says.

The emphasis on usability in Clarity reflects ConnectMeVoice’s broader ambition to make delivering UCaaS solutions simpler for MSPs. “Telecommunications can be pretty complicated,” Seltzer says. “We make that super easy so that they can basically get into this market and make the kind of margins they need to make without having to be telecom experts.”