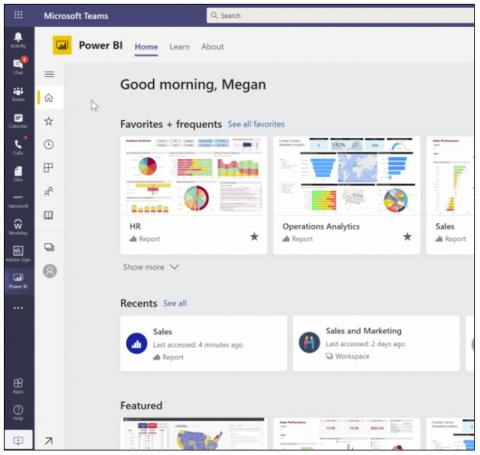 The enhancements to Microsoft 365 and Teams were accompanied by the separate release of a solution designed to help workplaces closed due to the coronavirus welcome employees back safely. By Rich Freeman
Tweet

Microsoft has announced a salvo of current and future updates for its Microsoft 365 and Microsoft Teams products.

The productivity- and security-related enhancements, which Microsoft unveiled during its 2020 Inspire partner conference, were accompanied by the release of a new solution designed to help workplaces closed due to the coronavirus pandemic welcome employees back safely.

On the security front, Microsoft introduced three forthcoming solutions, all of which are now in public preview. A new endpoint data loss prevention system extends protection against data leaks already available in Microsoft Teams, SharePoint, Exchange, and OneDrive to the PCs and other devices used to run those applications.

The technology, which is built directly into Windows 10, the Microsoft Edge browser, and Microsoft Office, doesn’t require companies to install an agent on covered machines. Administrators can view information about endpoint activity involving sensitive data on the Microsoft 365 compliance center’s Activity Explorer, the same tool they use to review DLP changes involving Microsoft 365 software.

Also in preview as of today is an updated edition of Microsoft 365’s Insider Risk Management feature that draws on input from Windows 10, Windows Defender ATP, Teams, SharePoint, and Exchange to provide earlier and more accurate notification of both malicious and inadvertent data leaks.

A new Double Key Encryption technology introduced today, meanwhile, allows organizations to add an extra layer of security to their most sensitive information. The system uses two separate keys, rather than one, to unlock secured data. One of those keys is stored offsite by Microsoft, but users need both to decrypt data, which keeps Microsoft itself from snooping on protected files.

Other Teams updates announced at Inspire include:

The workplace reopening offering Microsoft introduced today is built on top of the company’s Power Platform technologies. Included within the offering are apps for assessing the readiness of an organization’s offices to safely readmit employees; providing employees self-serve access to facility status information and a remote check-in tool; and centrally managing information about COVID-19 cases within a business’s workforce.

Inspire is taking place online only this year for the first time due to coronavirus-related distancing mandates. Though Microsoft would normally roll out partner program revisions at the show, it chose to keep changes to a minimum this year to avoid further complicating the lives of channel partners already struggling to keep up with remote work requirements and a reeling economy.