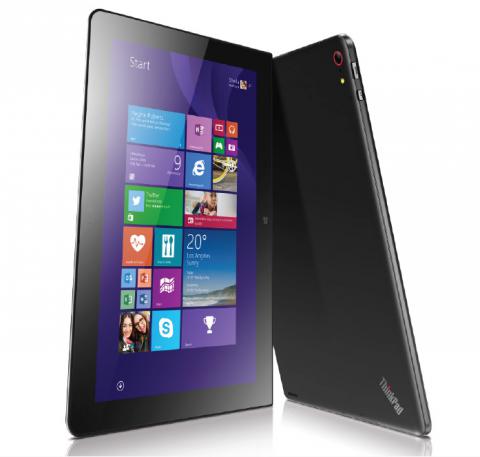 We've been expecting a new 10-inch ThinkPad tablet since the ThinkPad Tablet 8 hit the scene a few months back, and sure enough the Tablet 2's successor has finally arrived. By Matt Whitlock
Tweet

Lenovo's first attempt at a ThinkPad slate, the Tablet 2, is starting to show its age. It's a good slate in its own right, and Lenovo has been good at keeping it cost competitive as the hardware has aged, but the Clover Trail dual-core Atom Z2760 powering it just simply can't keep up with its significantly faster Bay Trail parts. We've been expecting a refresh since the ThinkPad Tablet 8 hit the scene a few months back, and sure enough the Tablet 2's successor has finally arrived.

Meet the ThinkPad Tablet 10, which bests the Tablet 2 in just about every way, shape, and form. 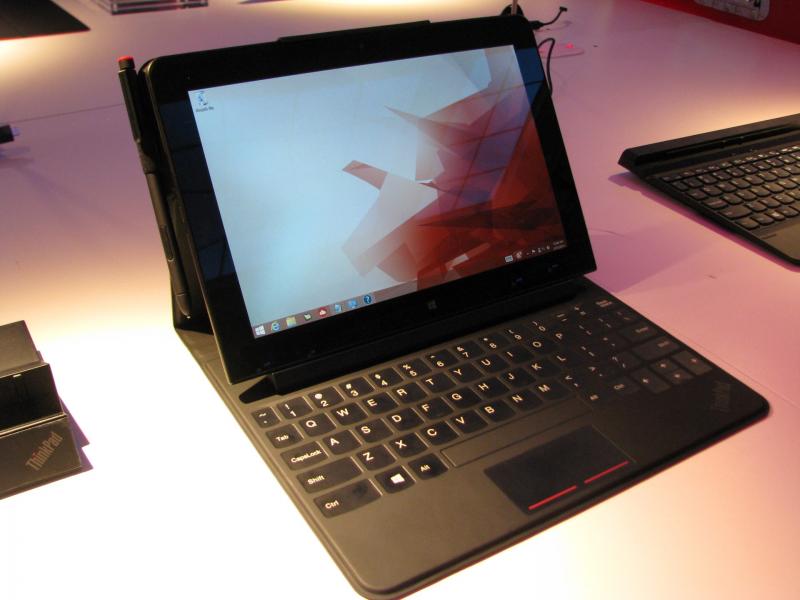 It's not looking to compete with the likes of Core i-series tablets like Microsoft's Surface Pro 2, again trading raw performance for a slate that's super-light, thin, and boasts excellent battery life. That said, it isn't exactly a slouch either. This Atom tablet packs in the latest 64-bit quad-core Z3795 part, which should run circles around its predecessor in x86 performance, and ships with a 64-bit version of Windows 8.1. You can get it in 2GB or 4GB configs, but with a 64-bit OS it makes far more sense to go for the 4GB option.  Storage options have also doubled, now starting at 64GB and going up to 128GB.

The Tablet 10 gets a resolution bump to 1920x1200 WUXGA IPS panel, made possible by the far better (and DX11 capable) graphics core in the refreshed SoC. As someone who's spent a lot of quality time with the Tablet 2 and its 1366x768 display, the higher-res screen was immediately noticeable and looked fantastic based on the brief hands-on time I had today. This one also gets 10-finger touch support, which is one full hand more than the previous model.

I'm a bit bummed the power connector is now proprietary instead of Micro USB. I guess there were complaints and confusion, although carrying one adapter capable of charging the tablet and a phone was a plus in my book. To each his own, I guess. 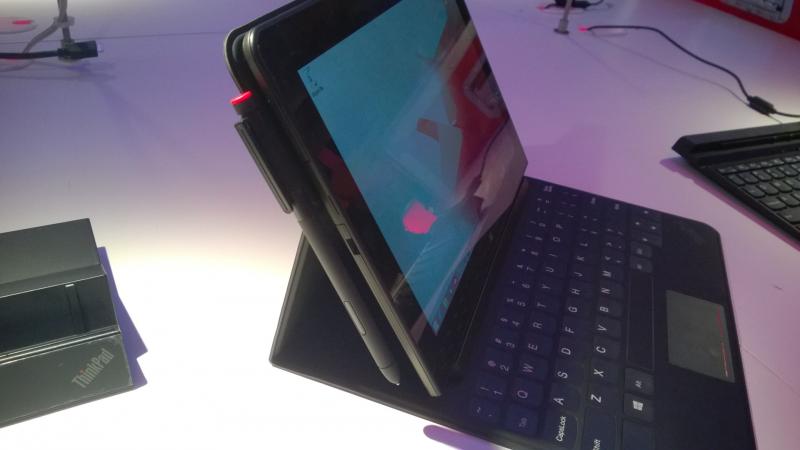 As expected, there's a digitizer option for stylus input, front and rear cams, various I/O, and a bevy of wireless options (see the full specs on the next page).

Lenovo is also launching a whole slew of accessories, including keyboard options, covers, and a desktop dock.

Keyboards come in two flavors this time around. The hard keyboard has been vastly improved over the previous model, primarily because it's no longer reliant on Bluetooth. New this year is a keyboard cover with touch-keys, similar to Microsoft's Touch Cover. I didn't have enough time typing with it to really give a valid opinion, so I'll reserve judgement until I get a bit more time to play with it. That said, the hard keyboard felt just as good as most other ThinkPad keyboards, albeit a bit more cramped.

The ThinkPad 10 starts at $599 and will be available starting in June on www.lenovo.com and at selected retailers.

We've got a lot more photos in the gallery below, so check it out. And if you're into new stuff, why not check out Lenovo's other Accelerate announcement, the P300 ThinkStation.