Lenovo Stresses Flexible Use Modes in Latest Laptops: Page 2 of 2 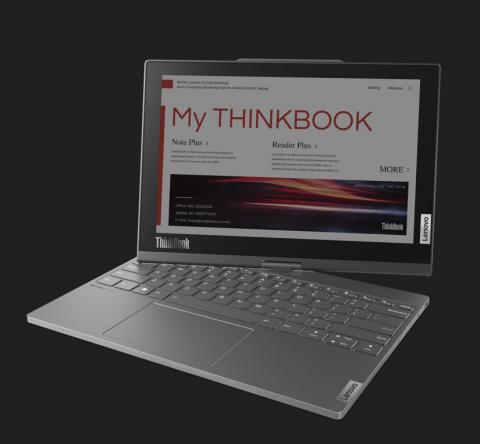 A crop of new PCs and peripherals introduced at this year’s CES conference today include a new ThinkBook model (pictured) equipped with a rotating hinge that lets users switch between a 13.3-inch OLED touchscreen and a 12-inch e-Ink display. By Rich Freeman
Tweet 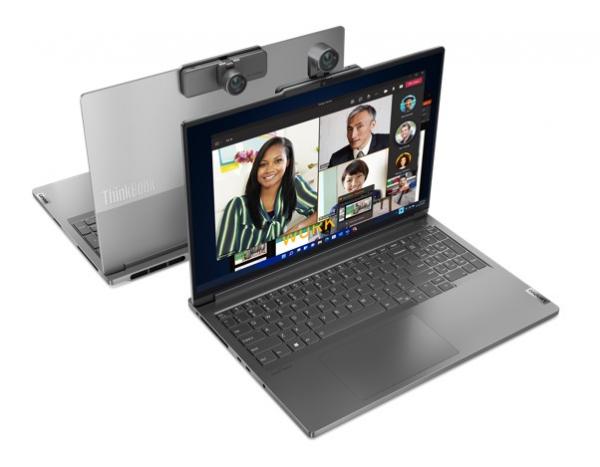 The novel design feature in the new ThinkBook 16p Gen 4, an otherwise conventional 16-inch clamshell notebook, is the magnetic “pogo pin” connector on top of the display, which supports modular, cable-less Lenovo Magic Bay accessories. The plug-in 4K webcam (pictured), for example, comes with a 270-degree hinge that lets users point the device at themselves during video calls or flip it around to face a whiteboard, meeting room, or product demo.

The Magic Bay LTE, meanwhile, provides 4G connectivity on the go, while the Magic Bay Light delivers up to 200-lux of adjustable brightness during videoconferences.

The most powerful ThinkBook yet, according to Lenovo, the 16p Gen 4 runs on 13th Gen Intel Core H-series processors and supports optional discrete graphics up to NVIDIA GeForce RTX next generation, DDR5 memory, and dual SSDs offering up to 2TB of storage, making it suitable for video processing and other high-intensity workloads.

The system is expected to reach market in May and sell for $1,349 and up.

Other products unveiled today include the Yoga AIO 9i, a 32-inch all-in-one with a three-side borderless, 4K 100% sRGB display, four Harman Kardon speakers, Dolby Atmos spatial audio, and an integrated 5MP infrared webcam. It will list for $1,799.99 and up starting in Q3.

The Intel-based Legion Pro 7i will sell for $1,999.99 and up starting in March. (An AMD-based version, the Legion Pro 7, will not be sold in North America).

Today’s mass launch announcement is Lenovo’s second in less than four months. The company introduced the largest collection of infrastructure solutions in the 30-year history of its ThinkSystem product line last September.