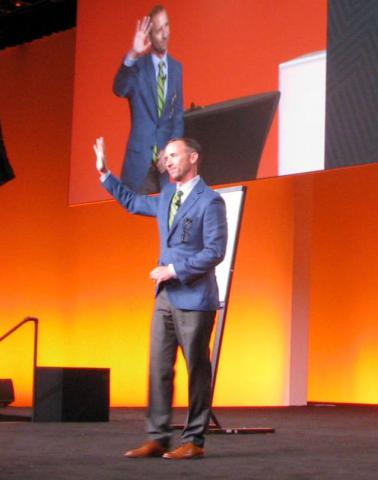 Both markets, company leaders tell ChannelPro during the 2017 Lenovo Accelerate partner conference, are lucrative “profit pools” that have received diminished attention in recent years amid Lenovo’s push into the server and storage hardware fields.

Lenovo plans to shift some of the attention it’s devoted to sales of data center products in recent years back to PCs in 2017.

The change is one of several initiatives announced to Lenovo resellers during the Morrisville, N.C.-based hardware maker’s 2017 Accelerate partner conference, which is currently underway in Orlando.

“We’re cognizant and aware that for 10 quarters straight we’ve been using the muscle of the generalist overall channel to get DCG up and running,” says Sammy Kinlaw, vice president of U.S. SMB and North America commercial channel at Lenovo, referring to the company’s Data Center Group. “We’re going to be focused on PC in a bigger way.”

Lenovo formed DCG in the wake of its 2014 purchase of IBM’s x86 server business, and has invested large amounts of energy since that transaction closed merging its PC and data center businesses and more recently rolling out a new tiered data center partner program. That was all necessary work, Kinlaw says, but drew some of Lenovo’s attention away from its bread-and-butter PC computing division.

“I have to remember what keeps the lights on and floats the mother ship, which is PC,” Kinlaw says.

The time is ripe for a PC push too, according to Kinlaw’s boss, Lenovo North America president Emilio Ghilardi.

“We all know that Win 10 refresh is accelerating in the commercial space,” he says. “It’s a major opportunity.”

Lenovo is offering similar incentives for sales of services as well.

“Today I’m underindexed versus my competition in the channel for attach and penetration ratios,” says Kinlaw of services, adding that his organization now pays an additional 2.5 percent bonus and extra spiff on top of standard bonuses when resellers include services in hardware purchases.

Services and workstations, along with premium PCs, are examples of the “profit pools” that Ghilardi says Lenovo intends to pursue with renewed vigor.

“If we win profit pools we can continue to be aggressive in winning new customers,” he states. “That’s the only way you can actually survive in this business, where you know to win new customers most of the time you have to get in with a very aggressive bid.”