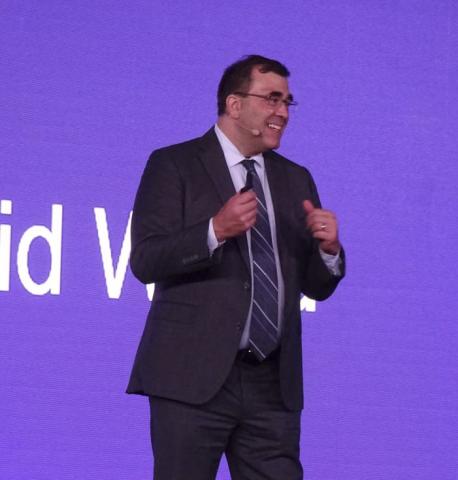 CMO Mike Puglia (pictured) discussed those and other product plans at the vendor’s ConnectIT event this morning. By Rich Freeman
Tweet

Mike Puglia, the vendor’s chief customer marketing officer, discussed those and other product plans during a keynote presentation this morning at Kaseya’s ConnectIT event in Las Vegas.

First introduced in 2018 and in development since then, the Kaseya ONE control plane is now in beta testing and set to enter general availability by early January. Among other things, the system will provide single sign-on functionality for Kaseya’s RMM, PSA, backup, security, and other solutions.

“If you have more than one product, you don’t want to have to log into every single one,” said Puglia.

Single sign-on via Kaseya ONE will be embedded in each of Kaseya’s products and available as well from the Kaseya ONE portal, which will also display consolidated company-wide information on an MSP’s Kaseya licenses, invoices, open support tickets, and more.

The accelerated patching experience in Kaseya’s VSA remote monitoring and management solution will be enabled by an all-new engine for Windows and MacOS that, according to Puglia, is at least 27 times faster than its predecessor. That feature is now in preview and scheduled to reach general availability within the next several months.

Coming to VSA in the next year too is new management functionality for virtual machines, load balancers, Azure SQL instances, and other infrastructure-as-a-service resources in the Microsoft Azure cloud. Users can expect to see many more cloud management capabilities in VSA as well, according to Puglia.

“You’re going to see us get into the virtual and cloud world in a very real way very quickly,” he said.

Other VSA updates previewed this morning include certification under the federal government’s FIPS 140-2 standard for data encryption, something that regulations like CMMC increasingly require, and mobile device management support for Apple and Android devices.

In a further bid to help MSPs keep pace with accelerating cloud adoption, Kaseya plans to add support for Azure, Amazon Web Services, and Google Workspace to its Compliance Manager solution, which automatically checks end user environments against controls mandated by CMMC, HIPAA, GDPR, and other regulations. Technicians will soon be able to limit scans to specific sets of controls or scan for compliance with custom-defined controls too.

Elsewhere on the security front, RocketCyber, the managed SOC provider Kaseya bought in February, will soon begin triaging email alerts from Kaseya’s Graphus email security solution and Dark Web ID monitoring service. RocketCyber analysts will be able to view and investigate suspicious logins to the IT Glue documentation platform as well, according to Puglia.