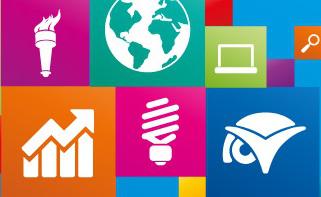 Channel pros debated building their own cloud and user-based managed service pricing, while LabTech Software celebrated its good fortune on the heels of this summer’s RMM mergers and acquisitions. By Rich Freeman
Tweet

Bring a bunch of channel pros together these days and odds are good they'll have plenty to say about the cloud. Such was certainly the case during a spirited panel discussion about "the big shift" to cloud computing on day two of ConnectWise's IT Nation conference in Orlando, Fla.

Among the topics attendees debated was the wisdom of building your own cloud infrastructure vs. buying resources from a third-party provider. Panel member Dave Brewer, who is CEO of San Jose, Calif.-based managed services provider BC Networks Inc., tried running his own private cloud but found it impossible to keep pace with larger rivals. "Systems that are five years old are not competing with what's currently available on the market for one fifth the price," he said.

However, fellow panelist Josh Carroll, COO and co-founder of Endsight, an MSP in Berkeley, Calif., finds operating an in-house private cloud safer than relying on vendor infrastructures you can't control. "If we make a bad recommendation we're dead. We've lost that client," Carroll noted. He also likes the profitability that comes with owning your own cloud. Endsight collects 70 to 80 percent margins at present on its hosted Exchange offering, Carroll noted, and 40 to 50 percent on hosted infrastructure deployments.

Indeed, Carroll's top concern regarding the cloud isn't margins but revenue, because clients who switch to online solutions no longer require infrastructure upgrades or maintenance. Wrapping services and consulting expertise around cloud solutions is the key to keeping your top and bottom lines strong, Carroll said.

GO USER CENTRIC OR GO HOME
Carroll is also a big fan of user-based managed service plans, a theme discussed by ConnectWise CEO Arnie Bellini during his keynote speech yesterday. Endsight has seen growing customer demand for the simplicity of user-based invoices, Carroll stated. "If you're not user-centric, you're going to get hit," he warned.

Matt Nachtrab agrees. Anecdotal evidence suggests that about 20 percent of MSPs currently offer user-based pricing, said Nachtrab, who is CEO of Tampa, Fla.-based LabTech Software, the RMM member of ConnectWise's Modern Office Suite, which also includes the ConnectWise PSA and Quosal quoting solutions. More channel pros would join them, Nachtrab believes, if they had tools better suited to the task. "The systems aren't there to make it very easy," he says. Closing that gap will be a major focus in the next releases of both LabTech and ConnectWise.

That kind of cross-platform coordination is proving popular with managed service providers, according to Adam Slutskin, who runs a 100-person sales team responsible for all three of the Modern Office solutions. "It's been a home run," Slutskin says of Modern Office, which officially launched in April. "You don't need to have multiple conversations with multiple vendors."

RECORD GROWTH
And that's not the only recent development boosting sales of Modern Office solutions. According to Nachtrab, this summer's wave of mergers and acquisitions in the RMM space, which swept up market leaders N-able, Level Platforms, and Kaseya, has also been a financial boon for LabTech and its suite mates. "It's just caused a lot of uncertainty and is making more people choose LabTech than before," he says. "We've seen increased lead flow." Indeed, Nachtab continues, September was a record revenue month for LabTech.

Not that growth has been an issue for LabTech of late. Slutskin notes that the company has gone from about 180 clients to well over 4,000 in the roughly three and a half years since it joined the ConnectWise family. Partly as a result of that swift expansion, each member of Slutskin's 20-person account management team currently supports about 500 LabTech, ConnectWise, and Quosal customers. Lowering that ratio so MSPs hear from LabTech and its sister companies about once a month is a major priority for Slutskin, who's actively recruiting new account managers. "There are a lot of smaller partners that are actually going to be very excited to hear from us proactively," he predicts.

The IT Nation conference is growing rapidly too, Slutskin adds. Last year, attendance neared 2,000 people. This year some 2,400 came. "We've pretty much outgrown this venue," Slutskin says of the hotel complex that presently houses the event. ConnectWise is investigating alternative locations for 2014, but is committed to keeping the event up the road from company headquarters in Tampa so the bulk of the firm's employees can continue attending. "We can deploy almost the entire company here," Slutskin says. The face-to-face relationships that it enables is an invaluable part of what makes IT Nation work.

The MSP’s Role in Solving the IT Skills Gap
Best IT Certifications for Beginners
Bridging the Skills Gap: Funding Skills Programmes
END_OF_DOCUMENT_TOKEN_TO_BE_REPLACED