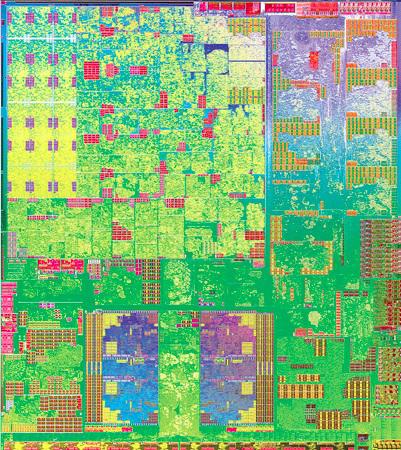 Intel has announced a new family of compact Systems on Chip (SoCs) for powering Internet of Things solutions.

“The new Intel Atom processor E3900 series is designed from the ground up to support the rapid development and the growing complexity of IoT businesses. The result is a processor exceptionally capable of delivering on performance, processing and scalability,” wrote Ken Caviasca, a vice president in Intel’s Internet of Things Group and general manager of platform engineering and development, in a blog post.

According to Intel, the new SoCs deliver 1.7 times more computing power than the previous generation processors they replace, as well as 2.9 times better 3D graphics performance.

Intel is working with a variety of device manufacturers, software vendors, and OEMs including Delphi, FAW, and Neusoft to bring solutions based on the E3900 series to market for use in industrial, automotive, video, manufacturing, and retail settings, among others.

“We are excited about the endless possibilities and innovation the Intel Atom processor E3900 series will bring to solving real-world customer problems,” wrote Caviasca in his blog post. “IoT technologies have the potential to disrupt entire industries and open new cycles of growth, as well as to transform our everyday experiences. The IoT renaissance is now, and I am eager to see the new applications yet to come.”

Devices bearing Intel Atom E3900 series processors are slated to arrive in the second quarter of 2017.

The new SoCs make their debut less than two months after analysts at Gartner predicted that there will be 21 billion IoT devices in use globally by 2020, and that IoT end points will outnumber laptops, tablets, and smartphones more than three times over.

They also arrive just days after as yet unidentified attackers used millions of Internet-enabled cameras to execute a massive distributed denial-of-service attack against Manchester, N.H.-based internet performance management vendor Dyn, temporarily bringing down some of the web’s biggest and most popular services, including Twitter, Netflix, and Spotify.

Though security doesn’t figure prominently in Caviasca’s blog post, Intel says that E3900 series processors come with secure and measured boot technology designed to prevent malware from replacing or tampering with firmware and operating systems, as well as integrated digital rights management technology and Intel Platform Trust Technology on Linux that stores sensitive data in hardware and encrypts it in compliance with the TCG TPM2.0 standard.