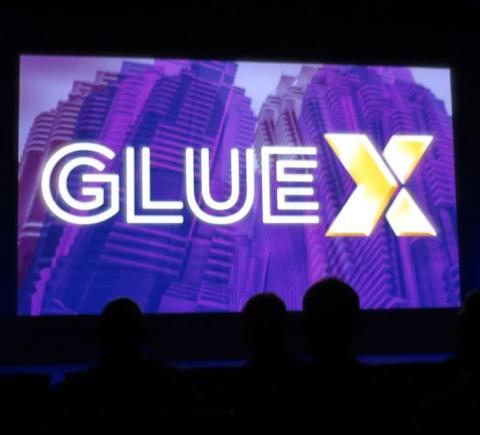 Connecting its documentation solution more closely with more products, especially from parent company Kaseya, and arming the system to act on the information it collects automatically are among the vendor’s highest long-term priorities. By Rich Freeman
Tweet

IT Glue shared plenty of details yesterday at its 2019 GlueX partner conference about product enhancements available now or coming in the next few months. But included in the same presentation as well were glimpses of what users of the company’s managed services documentation solution can expect to see longer term—more integration and more automation.

The first of those should be familiar to anyone who follows Kaseya, IT Glue’s corporate parent since last December. The company has been talking up code-level, air-tight “workflow integrations” (as opposed to mere API-based “cosmetic integrations”) across its IT Complete family of products for some time. Following a string of acquisitions over the last 18 months, that family now includes BDR vendor Unitrends, compliance and network assessment vendor RapidFire Tools, cloud-to-cloud backup vendor Spanning, and security vendor ID Agent in addition to IT Glue.

“You’re going to continue to see the integration between all of the products enhanced, as well as the workflows between the various products,” said Jim Lippie, Kaseya’s general manager of cloud computing, at GlueX in a conversation with ChannelPro.

That very much includes IT Glue. “It’s not going to overwhelm our roadmap, but it’s something that we’re going to continue to work on slowly and continue iterating on,” says Nadir Merchant, the company’s general manager. “It’s something that we can do with every vendor, but we can do it substantially better with Kaseya products because we can control both sides, or at least influence both sides, more deeply.”

Already, he notes, technicians can connect directly to an endpoint from within its corresponding IT Glue configuration file thanks to integration with Kaseya’s VSA remote monitoring and management system. Integration with ID Agent’s dark web monitoring solution due within four months, meanwhile, will soon update IT Glue automatically any time a user’s credentials are spotted on the cybercrime black market.

Kaseya plans to make taking advantage of capabilities like that more affordable by offering discounted pricing on bundled combinations of its solutions. GlueX attendees, for example, have access through the end of the week to a promotional subscription to IT Glue’s MyGlue password management system plus ID Agent’s Dark Web ID and BullPhish ID security awareness training system for $395 over a three-year term, versus the $625 they would spend to buy those products separately. More offers like that will be coming in the future.

“Part of the IT Complete strategy really allows us to be a lot more aggressive with pricing than we would be as independent businesses,” Merchant observes, because they can cross-sell more than competitors and spend less on net new client acquisition. “Our expectation is that we should be 25% cheaper than anything else on the market because of this kind of synergy, and because of this large existing customer base that we’re selling into.”

The automation part of IT Glue’s vision follows closely from the integration part. At present, according to Merchant, the company does a good job of generating documents without manual intervention. “We integrate with over 23 tools, and we create tons of documentation in IT Glue. It’s not perfect, but we’re doing very well,” he says.

LG Gram for Business 17 (2020): Big Reasons to Like It
END_OF_DOCUMENT_TOKEN_TO_BE_REPLACED