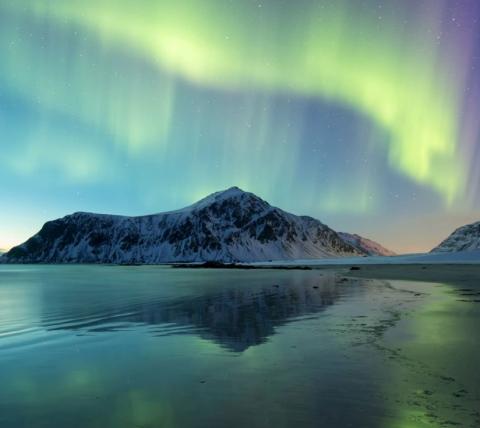 Designed to make on-demand networking easier for businesses to buy and partners to sell, the eight pre-assembled bundles were among 12 new GreenLake services unveiled today, along with a new management interface and other enhancements. By Rich Freeman
Tweet

The upshot, according to CEO Antonio Neri during an online launch event this morning, is that businesses can now get everything they need to build and run an edge-to-cloud infrastructure in one place and pay for it all as a service.

“Now our connectivity business, which is our Aruba business, plus our compute and storage business, plus all the workloads that we already managed through the current platform, are all integrated into the new HPE GreenLake platform,” he said.

Though GreenLake-based Aruba solutions were available before, they were typically designed and delivered through HPE itself on a customized basis, mostly for larger business. The HPE GreenLake for Aruba bundles are both easier for end users to consume and easier for partners to sell, according to Alan Ni, senior director of edge marketing at Aruba.

“They were created with the channel in mind,” said Ni in a conversation with ChannelPro.

Especially, thanks to their affordable pricing, the SMB channel, he added. “The goal is to scale this so that we can go not only after big customers but big, medium, and smaller customers,” Ni said. “There’s actually quite a sweet spot in that SMB market.”

The new services are billed monthly, with or without outsourced management services from a partner or HPE itself.

In conjunction with the launch of GreenLake for Aruba, HPE has rolled the Aruba Central management system into the interface that technicians already use to administer GreenLake services. “It sits on the same exact code base and shares the same backend now with all the other key services across compute and storage,” Ni says. As a result, he adds, users can now view and support all of their as-a-service HPE resources in one place for the first time.

“If you’re used to logging into arubacentral.com or central.arubanetworks.com, those are not going away,” Ni says. “But for our customers that share multiple services across HPE, they now can go to a single plane of glass through greenlake.com to be able to access both Aruba Central and their other key IT infrastructure services.”

HPE GreenLake for Aruba arrives at a time of widespread and accelerating demand for networking-as-a-service. Some 37% of North American businesses surveyed by IDC on behalf of Aruba for a study published today already have a NaaS solution in place, and another 32% plan to deploy one in the next 12 months. IDC expects 60% of businesses to fund line-of-business and IT projects more generally through OPEX budgets by 2025.

Also announced today is an updated edition of the GreenLake-based HPE Backup and Recovery Service that supports virtual machines on heterogenous infrastructure.

ChannelPro 5 Minute Roundup for the Week of January 23rd, 2023
END_OF_DOCUMENT_TOKEN_TO_BE_REPLACED