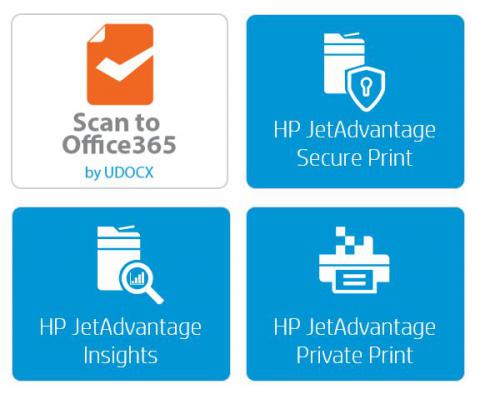 Coming in November, HP's JetAdvantage On Demand service will allow resellers to track and remotely manage licenses for print-related applications from HP itself and third-party ISVs. By Rich Freeman
Tweet

HP Inc., of Palo Alto, Calif., plans to deploy an online marketplace for provisioning and managing software-as-a-service print solutions from itself and other vendors.

Scheduled to arrive November 1st, the new HP JetAdvantage On Demand service includes a centralized reseller portal that channel pros can use to track and remotely administer licenses for cloud-based print management, document scanning, and faxing systems, along with other kinds of print-related software. HP partners can purchase the licenses they manage through the portal from leading distributors, according to Edmund Wingate, head of HP’s JetAdvantage solutions unit.

“They procure the license packs as if they were any other SKU going through distribution,” he says.

The new marketplace targets midsize and larger businesses at a time of rising interest in hosted print software among such companies. In fact, more than 75 percent of mid-market participants in an April 2016 HP research study said they need print-related solutions.

Such systems have traditionally been hosted on locally-deployed hardware that end users must buy, integrate, and maintain. Cloud-based products eliminate that capital expense, and HP JetAdvantage On Demand is designed to make acquiring SaaS print applications simpler for partners and end users alike.

To further accelerate adoption of print solutions, the new HP service lets partners deploy trial versions of those systems and subsequently convert them into fully-activated seats. According to Wingate, end users are far more likely to purchase print software if they can test it in advance.

“The risk associated with buying upfront and figuring out the challenges later is something that has caused many of them to engage with trepidation and maybe even a bit of fear when it comes to making an investment in [print] solutions,” he says.

Four applications will be available via JetAdvantage On Demand when it goes live in November. Two of those will be existing systems from HP itself: JetAdvantage Private Print, a solution introduced last year that lets users securely print sensitive documents on shared printers, and JetAdvantage Insights, a print analytics application released in June.

The other two debut apps in the new marketplace will be a new “pull print” solution from HP named JetAdvantage Secure Print that allows users to send documents to a print queue from their PC and then retrieve them securely on the network-enabled printer of their choice, and Udocx, a solution from Norcross, Ga.-based Fenestrae Inc. that lets users scan paper-based documents, convert them to common file formats, and route them directly to widely used repositories like Microsoft OneDrive for Business, Dropbox, and Google Drive.

According to Wingate, Fenestrae is but the first of many ISVs that will distribute apps to HP customers via JetAdvantage On Demand. OpenText Corp., PaperCut Software International, TROY Group Inc., and Hyland Software Inc. are all currently developing systems that will reach market next year, and others will join them in the months ahead.

“This is a multivendor platform,” Wingate says. “We are building this with the intent not to lead with HP solutions but frankly to lead with partner solutions.”

The new HP print marketplace is multivendor in another sense too, in that most of the applications it contains will be usable on both HP and non-HP printers.

To ease reseller and end user security concerns about deploying cloud-based solutions, HP will validate every JetAdvantage On Demand application before posting it.

“Clearly as HP, we need to stand behind these solutions to a certain extent even though they may not be ours,” Wingate says.

Mandatory, base-level security checks will be available to software developers free of charge. ISVs that sell into especially security-conscious markets like government and financial services will also have the option of putting their applications through a more rigorous fee-based validation process, and get a higher level of certification from HP in return.