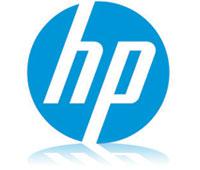 The BL660c and DL560 four-socket servers are designed to enhance virtualized performance and facilitate a move to the cloud. By Admin
Tweet

HP rolled out two new ProLiant Generation 8 four-socket servers designed to facilitate customers' move to the cloud. According to HP'sHP logo own testing and calculations, the servers deliver increased compute power in less space and a return on investment within three months.

The HP ProLiant BL660c and DL560 Gen8 servers are the first four-socket servers to incorporate the company's ProActive Insight Architecture, which HP says will significantly reduce the time spent on maintenance tasks through high levels of automation and continuous monitoring of system health.

With a three-to-one server-consolidation rate and reduced server footprint in the data center, the ProLiant BL660c Gen8 server offers four-socket density in half the size of the previous generation and reduces total cost of ownership (TCO) by up to 30 percent, according to HP calculations. Additionally, the HP ProLiant DL560 Gen8 server provides a space-minimizing four-socket server in a 2U form factor that offers performance and scalability.

ChannelPro 5 Minute Roundup for the Week of May 18th, 2020
END_OF_DOCUMENT_TOKEN_TO_BE_REPLACED