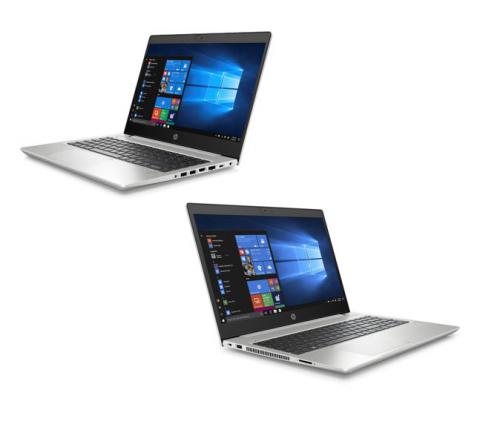 Both devices are designed to provide long battery life as well, according to HP, which says that users can recharge their 3-cell batteries to 50% in 30 minutes using HP’s Fast Charge technology.

Security technologies shipped with the devices include HP Sure Start, a firmware intrusion detection and repair solution; HP Sure Sense, an artificial intelligence-powered antimalware solution; and the HP Privacy Camera, which uses a physical shutter on the camera lens to block malicious surveillance. Models featuring HP’s Sure View Gen 3 privacy filter are available too.

HP Sure Sense is one of the core components of the new small business security bundle that HP introduced two weeks ago.

The new devices are slated to reach shelves late this month at prices yet to be disclosed.

Last week, HP announced a series of “relief initiatives,” including financing programs and leasing options, designed to help end users short on cash due to the coronavirus pandemic purchase new hardware like the laptops unveiled today.

ChannelPro 5 Minute Roundup for the Week of January 11th, 2021
END_OF_DOCUMENT_TOKEN_TO_BE_REPLACED

Jabra PanaCast Review - Get Your Huddle On
END_OF_DOCUMENT_TOKEN_TO_BE_REPLACED