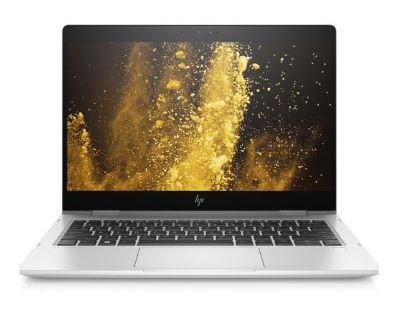 Introduced at the Consumer Electronics Show and set to reach market starting next month, the new business, consumer, and gaming devices place a design emphasis on sharp, bright displays. By Rich Freeman
Tweet

The Palo Alto, Calif.-based hardware giant showcased the new offerings at the 2019 edition of the Consumer Electronics show, which is underway in Las Vegas this week.

New products for business users include the HP EliteBook x360 830 G5 2-in-1 (pictured), which according to HP has the brightest display among business convertibles on the market today.

Two other additions to the Elite product family feature integrated privacy screens based on HP’s Sure View technology, the HP EliteDisplay E243p Sure View Monitor and the HP EliteOne 800 AiO G5. The latter device, according to HP, is the first all-in-one with built-in privacy protection.

HP expects to launch the EliteBook x360 830 G5 in March, and will announce pricing for the new system closer to that date. The HP EliteDisplay E243p Sure View Monitor is slated to ship in February and list for $379.99, while the HP EliteOne 800 AiO G5 is expected to become available in June. Pricing for that product will be confirmed closer to availability.

New consumer-oriented devices from HP include the Spectre x360 15 and Pavilion 27 Quantum Dot monitor. According to HP, the former product is the first laptop equipped with an AMOLED display, while the latter bears the world’s first Quantum Dot on glass display. The new HP Pavilion 27 FHD Display, meanwhile, offers built-in Bang & Olufsen audio, and a pop-up privacy camera, while the HP Pavilion 32 QHD provides high-resolution viewing from a wide range of angles.

The HP Spectre x360 15 is scheduled to reach market in March, with pricing to come closer to availability. The HP Pavilion 27 FHD Display, Pavilion 27 Quantum Dot Display, and HP Pavilion 32 QHD Display are expected to in March as well at $329, $399, and $379.99 MSRPs, respectively.

The OMEN X Emperium 65 display with soundbar is expected to go on sale in February for prices starting at $4,999. The refreshed OMEN 15 Laptop is scheduled to ship that same month at a starting price of $1,369.99, though the model with the 240Hz display won’t arrive until July. The updated OMEN Obelisk Desktop is set to arrive in March and list for $2,249.99 and up.

Diversity Focus Webinar: WANTED: (More than) a Few Good Women in IT
END_OF_DOCUMENT_TOKEN_TO_BE_REPLACED

Jabra PanaCast Review - Get Your Huddle On
END_OF_DOCUMENT_TOKEN_TO_BE_REPLACED