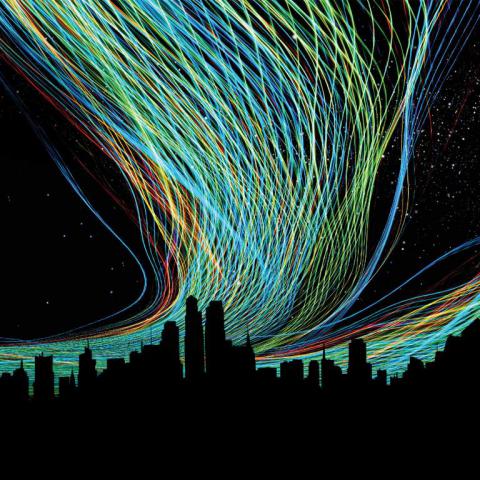 A new alliance agreement with containerization leader Docker, additions to the 3PAR StoreServ flash storage family, and a new “composable data fabric” vision were among today’s slew of announcements. By Rich Freeman
Tweet

Hewlett Packard Enterprise used day one of its Discover conference for IT professionals and decision-makers in Las Vegas as the launching pad for a host of new partnerships and products.

“In order to survive and thrive in the idea economy, companies must transform the IT experience so that lines of business and developers can innovate faster, smarter and fearlessly,” said Antonio Neri, executive vice president and general manager of HPE’s Enterprise Group, in a press statement. “Together with Docker, we are making it easier for IT to deploy and manage containers, while giving organizations solutions that optimize their investments and power a new generation of applications that are the business.”

Other flash storage enhancements announced today include the addition later this month of a new 7.68 TB solid-state drive to the 3PAR family and the further addition in the second half of the year of a 15.36 TB SSD. According to HPE, the new drives turn HPE 3PAR StoreServ devices into the densest and most scalable all-flash arrays in the industry.

Also unveiled today at Discover were:

“That’s a crucial shift compared to what we’ve had previously, in which individual standalone instances would be virtualized. Server storage would sit alongside Hyper Converged storage which would sit alongside bare metal, and so on. Nothing worked cooperatively. Composable data fabric changes that,” wrote Kate Davis, HPE’s worldwide manager for software-defined storage marketing, in a blog post.

“Organizations require their own right mix of traditional IT, private, managed and public clouds and the flexibility to support applications spanning different technologies, architectures and delivery models. The HPE Helion portfolio gives customers a simple, powerful set of options, offering the breadth and coverage they need,” said Bill Hilf, senior vice president and general manager of HPE Cloud, in a press release.

“Our mission is to make IT simple for customers. Whether they are managing and maintaining infrastructure, running traditional applications or developing new revenue generating services on cloud native applications, HPE OneView is the infrastructure automation engine built to make that all possible,” said Ric Lewis, senior vice president and general manager for converged data center infrastructure at HPE, in a press statement.

COVID-19 Clicks: How Phishing Capitalized on a Global Crisis
END_OF_DOCUMENT_TOKEN_TO_BE_REPLACED