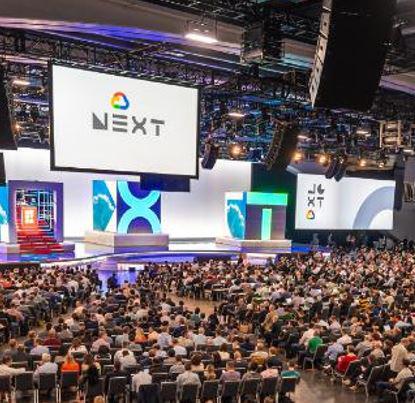 Cloud developers will soon have access to consolidated support, billing, and management of solutions from MongoDB, Redis Labs, Elastic, DataStax, Neo4j, InfluxData, and Confluent within the GCP console, right alongside Google’s own tools. By Rich Freeman
Tweet

Announced on the opening day of the vendor’s Google Cloud Next ’19 conference in San Francisco, the new capabilities will be delivered via strategic alliances with MongoDB, Redis Labs, Elastic, DataStax, Neo4j, InfluxData, and Confluent.

As they gradually become available in GCP over the next few months, solutions from all seven companies will be available to cloud developers right alongside Google’s own tools within the GCP console. Google will provide consolidated support, billing, and management for those systems as well.

“Through these partnerships, we’ll be offering fully managed services that are tightly integrated into Google Cloud platform, essentially delivering an experience that is similar to native GCP services,” says Manvinder Singh, Google Cloud’s head of partnerships for infrastructure and analytics technologies.

Ongoing collaboration with the new set of strategic partners will lead as well in the future to tighter integration in areas like identity and access management and performance optimization, Singh adds.

The alliances unveiled today come amid rising adoption of open source databases in business settings. By 2022, over 70 percent of new applications developed by corporate IT departments will run on open source database management systems, and half of all legacy systems on commercial database solutions will have been migrated onto open source platforms, according to February 2018 data from Gartner.

Satisfying those wishes, he continues, is in keeping with Google’s “collaborative not combative” approach to the open source model, as reflected in the company’s past contributions to projects like Kubernetes, TensorFlow, and Go, among others.

Including administration in offerings like those announced today frees up IT departments and channel partners alike to concentrate on more strategic services and activities, according to Dominic Preuss, director of product management for storage and databases at GCP.

“Every company is resource constrained in terms of its IT and its people, and so by allowing Google to take on the management of some of their services, it really allows them to have those people focus on the higher-value parts of their business,” he says. “We’ll take away the mundane task of managing the services and updating the software and all of those things, and then their really valuable resources that they have internally can focus on higher-value items.”

Also unveiled at Google Cloud Next today is a new serverless compute service called Cloud Run that provides all the resources developers need to deploy stateless HTTP-driven containers based on Docker or Google Kubernetes Engine on the cloud. That includes provisioning, configuring, scaling, and end-to-end infrastructure management.

Keeping Tabs on Employees at Home | Are Certs Worth it? | Easy O365 Migration | and more
END_OF_DOCUMENT_TOKEN_TO_BE_REPLACED