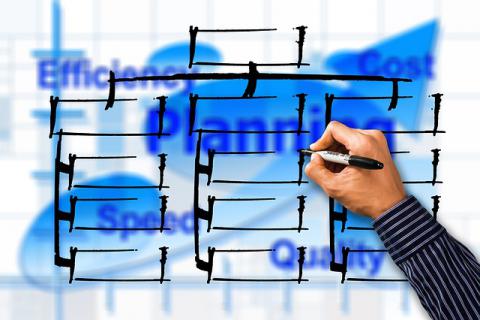 Nearly two years into a strategic, partner-focused campaign aimed at increasing sales to mid-market and now businesses as well, the power quality vendor has grown its sales team by 25 percent and re-organized it around a new set of more targeted roles. By Rich Freeman
Tweet

Introduced in April 2016 and fully operational the next year, the mid-market sales campaign is generating measurable results, according to by Curtiz Gangi, vice president of channel sales for Eaton’s U.S. data center segment. A review of those results last year, however, convinced Gangi that they could be even greater if Eaton was engaging with resellers more effectively than it had been.

“I don’t think we did that very well,” he told ChannelPro last week during Eaton’s 2018 Partner Summit in Huntington Beach, Calif.

Gangi has data to back that assessment up too. A partner satisfaction card study Eaton conducted some months back revealed a widespread appetite among partners for greater focus, clearer communication, and improved accessibility from the vendor.

The issues behind those numbers were no mystery to Gangi either. Problem one was a combination of promotions, reassignments, and other departures that reduced his headcount by some 20 percent.

“Because we were down some folks and were trying to hire last year, we were not in front of the partners,” Gangi says. “We weren’t as accessible as we thought we were going to be.”

An inefficient division of labor that directed resellers to a single, overstretched team of partner development managers for both relationship building and product expertise only compounded the problem.

“Our partner development managers just didn’t have the bandwidth,” Gangi says. “We had some folks on the channel team doing multiple roles or having multiple responsibilities.”

Seeking to tackle both problems, Gangi has scaled his team up by roughly 25 percent and reorganized it around a new set of more targeted roles designed to forge deeper relationships with a wider set of partners. They include a team of territory development managers tasked with selling alongside partners in major metropolitan regions and a squad of partner development specialists focused on VARs and MSPs who support smaller SMBs.

“These are folks that are going to get into the weeds a little bit more with the SMB customers, more than we’ve had an opportunity to do,” Gangi says. “We put one in every region to start and we’re going keep continuing to work that out this year.”

Also new to Eaton’s U.S. salesforce this year is a 14-person unit dedicated to what Gangi views as a strategic growth opportunity: Selling to public sector accounts at the federal, state, and local levels as well as colleges, universities and K-12 schools.

“We’ve never gone to market that way,” Gangi says of his public sector push. “We’ve let partners bring us an opportunity and we go out with them and we try to close it, but we’re going to be proactive this year.”