Dion Weisler to Step Down as CEO of HP Inc. 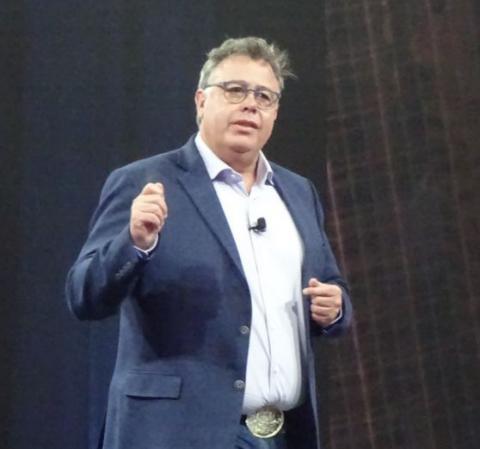 Weisler (pictured), who led HP to unexpected success in PCs and printers after the 2015 split of Hewlett-Packard into two companies, is leaving to address a “family health matter.” He will be succeeded by Enrique Lores, who currently leads HP’s print and imaging business. By Rich Freeman
Tweet

Dion Weisler, the first and to date only president and CEO of HP Inc. since its spinoff from the former Hewlett-Packard, will step down from that post at the start of the company’s new fiscal year on November 1st.

He will be succeeded by Enrique Lores, who is currently president of HP’s imaging and printing unit.

Weisler’s voluntary departure from his current role was motivated by “a family health matter,” according to HP, which says he will remain with the company through January of next year before returning to his native Australia.

A former veteran of Lenovo and Australian communications giant Telstra, Weisler assumed the top spot at HP in 2015 following industry legend Hewlett-Packard’s division into two businesses, HP and Hewlett Packard Enterprise. That split, largely engineered by then Hewlett-Packard CEO Meg Whitman, saddled Weisler with what appeared at the time to be the company’s two most mature and least promising business lines: PCs and printers. Whitman, by contrast, took Hewlett-Packard’s server, storage, and cloud businesses with her to HPE.

Weisler turned his seemingly weak hand into one of the IT industry’s most unlikely recent success stories. According to HP, the company increased annual revenue by some $7 billion, generated over $13 billion in free cash flow, and met or exceeded earnings guidance for 15 consecutive quarters under Weisler’s leadership. Whitman, who was HPE’s first CEO, left that position in February 2018 after producing comparatively anemic results.

“It's a tortoise and a hare kind of story, where HPE is the hare and HP is the tortoise and somebody put super chargers on that damn tortoise and the hare just took a nap,” said Rob Enderle, principal analyst at Enderle Group Inc., in a 2017 interview with ChannelPro. “What happened wasn't at all what any of us expected.”

In a press statement, Weisler called leading HP the highlight of his career. “I want to thank the entire HP team for the support they have shown me. I’m incredibly proud of what we have achieved and equally confident in where we are heading as a company,” he said.

“On behalf of the board, we respect Dion’s decision to support the needs of his family,” said Chip Bergh, chair of HP’s board of directors, in a press statement. “We thank him for leading HP post-separation, building a strong team and restoring the company to drive strong shareholder value creation over the last four years.”

Lores, who has been with HP and Hewlett Packard for 30 years, stepped into his current position in 2015. In 2016, he helped architect HP’s strategic acquisition of Samsung’s printer business, part of a larger move into the then $55 billion copier market.

“Enrique has been a tremendous partner whose leadership has been instrumental in setting this company up for success and delivering on our strategy,” said Weisler in his media statement. “He is one of the smartest people I know, and I have great confidence in his ability to lead and inspire the next chapter of HP’s transformation and growth.”

According to HP, Lores has been working with HP’s board on a “comprehensive global review of the company’s strategy and business operations.” He will discuss that effort and his vision for HP’s future on October 3, during an investor update meeting.

The Road to Success Is Paved with Service
END_OF_DOCUMENT_TOKEN_TO_BE_REPLACED

Jabra PanaCast Review - Get Your Huddle On
END_OF_DOCUMENT_TOKEN_TO_BE_REPLACED