D&H on Continued Path to Everything as a Service 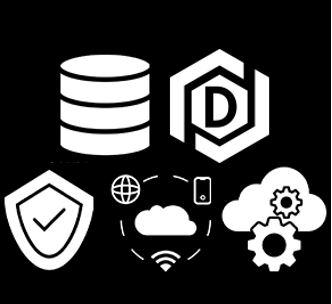 What began at D&H as a series of distinct but related offerings is steadily converging into an integrated platform for transitioning traditional resellers into the age of “everything as a service” (XaaS).

Those offerings originated early in 2018 with the introduction of a device as a service purchasing program that let end users turn hardware from a capital outlay into an operating expense. A year later came an all-new cloud marketplace equipped to help D&H partners combine software, hardware, and services into subscription-priced bundles paid for on one invoice in one monthly sum. And that, in turn, was followed this year by a suite of outsourced managed services, first previewed last December, that channel pros can layer on top of their own capabilities.

The latest addition to the picture is an XaaS configuration tool, introduced last month, that lets D&H partners design and deliver as-a-service bundles quickly on a self-serve basis.

“Right within the tool, they can just instantaneously see pricing options per month for two-, three-, or four-year commitments, they can see what the cost will be to the end user, and they see what their profit will be,” says Jason Bystrak, D&H’s vice president of cloud and services. They can then route those proposals to customers and forward completed deals to D&H for processing and fulfillment.

“People need to move fast and get proposals done fast, and the way we’ve packaged this makes it very fast,” Bystrak says.

The bigger objective, behind the new configuration tool and the other elements of the as-a-service strategy Bystrak has been spearheading since joining D&H early in 2019, is to help channel pros replace increasingly outmoded product sales with service-oriented recurring revenue.

“There’s still a lot of people that are in a VAR model that want to sell managed services, but they don’t really have the sales motion or the service delivery set up to do it,” Bystrak observes.

D&H’s family of outsourced professional services, which includes managed endpoint, infrastructure, and security services, and most recently help desk as a service as well, plays a key part in filling those gaps. Newcomers to managed services can use them to add expertise they don’t yet have in house, Bystrak says. More mature MSPs can use them to free up resources for high-profit consulting and project engagements by offloading “grunt work” like patching to D&H.

“We can address from an entry-level VAR just starting that journey to an MSP who is pretty far down the road that is looking for the next step in managed services,” Bystrak says.

Evangelizing XaaS at a time when SMBs and other businesses are increasingly eager to pay for all of their technology expenses out of the operating budget will remain an ongoing priority in 2021, according to Bystrak. “The first step is showing them what’s happening and why it’s happening,” he says. “Then the next step is we talk about how they participate in and make money from it.”