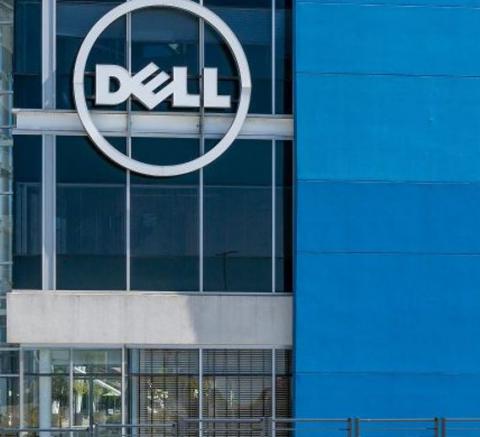 The tech giant’s sales climbed at the start of its current fiscal year and dipped more recently, resulting in essentially unchanged results for the last six months. Vertical industry solutions and work-from-home upgrades are among bright spots for what’s next. By Rich Freeman
Tweet

A spike in activity that then leveled off, followed by the beginnings of a new normal in which revenue, while nothing to crow about, isn’t nearly as bad as once feared.

It’s a sequence of events that describes 2020 so far for a lot channel pros, and for Dell Technologies as well. In the first quarter of its current fiscal year, which began in February just as COVID-19 was making its presence felt in the U.S., the sudden pivot to remote work produced a 12% year-over-year jump in sales through the channel of PCs, monitors, and other client products for the industry giant. In Q2, on the other hand, with immediate work-from-home hardware requirements mostly satisfied, Dell’s channel-related revenue from client solutions, plus infrastructure, dropped 6%.

The net result? “We’re flat essentially for the half, which I think we’ll take as a bit of a positive given the uncertainty we’re all navigating through,” says Cheryl Cook, Dell’s senior vice president of global channel marketing.

There’s evidence of “good solid momentum” in the picture too, she adds. At a time when face-to-face sales meetings are rare, for example, Dell partners still managed to land nearly 16,000 net new customers in Q2 and more than 31,000 in the first two quarters combined.

In addition, sales have been strong in select verticals such as education, where continued reliance on remote learning technology has K-12 schools, colleges, and universities all investing not only in endpoints but supporting backend systems as well. “It’s not just the devices and ensuring that everybody has access, it’s the network capability and the security capability,” Cook says.

Businesses in other verticals are slowly spending more freely as well, she continues, both on data center gear to keep remote connections strong and safe and on newer, more appropriate gear for employees likely to be based at home at least part-time for the foreseeable future.

“As workers settle in at home, a laptop may not be the perfect device for every situation, depending on the nature of the work that they’re doing,” Cook observes, adding that desktop and workstation sales are showing signs of life as a result.

Partners have more Dell products to offer customers too. “We’ve still been really keeping our foot on the gas in the way of innovation and new product launches,” Cook says. “In the latter half of Q1 and Q2, we launched 10 new products in 10 weeks.”

Those included a wave of Latitude notebooks, OptiPlex desktops, and Precision workstations unveiled in May, new systems from Dell EMC and VMware for powering artificial intelligence solutions, and new Dell EMC PowerStore and PowerScale storage platforms.

According to Cook, partner interest in those and other products has led to steady enrollment in online training courses. “In Q2, we saw over 40,600 credentials delivered to over 2,600 partner companies,” she says.

Dell is seeing increased use of its various financing programs too. Channel-led originations through Dell Financial Services rose 22% in the first half of the fiscal year, and 40% in Q2 alone. At first, Cook says, much of that activity involved customers with liquidity concerns taking advantage of the $9 billion in financing assistance, including short-term 0% interest loans, that Dell made available. More recently, however, heightened demand for consumption-based purchasing options, like the Dell Technologies on Demand program introduced last fall, has been the principal driver. Partners who utilize financing, according to Dell, grow twice as fast on average as partners who don’t.

The Road to Success Is Paved with Service
END_OF_DOCUMENT_TOKEN_TO_BE_REPLACED

Jabra PanaCast Review - Get Your Huddle On
END_OF_DOCUMENT_TOKEN_TO_BE_REPLACED