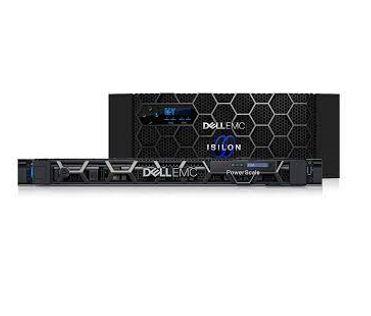 Designed to accelerate still lagging storage hardware revenue, the expanded offer arrives shortly after the conclusion of a fiscal quarter that produced double-digit gains in through-channel sales and a fiscal year responsible for record revenue and profit. By Rich Freeman
Tweet

A program that formerly allowed resellers to collect roughly 20 points of incremental profit through combined front-end discounts and back-end rebates now averages 20% extra in discounts alone. In addition, those rewards now apply to sales of products in Dell’s PowerScale storage line in addition to its PowerStore arrays.

“We think our partners are going to be pretty excited and fired up about this,” says Cheryl Cook, Dell’s senior vice president of global channel marketing. “The market is ripe, the growth horizon is bright, there’s a lot of opportunity, and this just hopefully will get them more energized.”

Introduced late in 2020, the sales incentive offer has helped accelerate sales of Dell’s mid-range PowerStore family, which debuted last May.

“It’s been one of our fastest growing product announcements,” says Cook of PowerStore. “We’re seeing great adoption and traction from both our customers, as well as our partners.”

Storage revenue, while higher in Dell’s most recently concluded quarter, remains a fiscal lowlight for the company. “It’s still not at the level we’d like to see,” Cook says.

Despite that setback and the economic effects of COVID-19, Dell collected $94.2 billion in revenue and $10.8 billion in operating income during its 2021 fiscal year, which ended in January. Both numbers are record highs.

Sales through the channel, meanwhile, rose 10% in the fourth quarter and 3% for the year as a whole. Partners produce almost half of Dell’s revenue at present.

Thanks in part to the work-from-home computing phenomenon brought about by the pandemic, channel revenue on client hardware specifically spiked 23% in Q4 and rose 7% during the year. “We’ve seen almost unprecedented client demand,” Cook says.

Though sales of data center gear dropped sharply at first last year as businesses delayed capital expenditures in response to a sharp virus-related economic slowdown, they subsequently regained lost ground. Channel-led server revenue, for example, climbed 11% in the fourth quarter and 2% during the year, while through-partner sales of VMware solutions grew 21% in Q4 and 30% during the year.

“Companies could no longer wait. They had to address some of their pending infrastructure projects,” Cook says. “They needed to refresh or modernize or give agility in their infrastructure to support and run and secure all these remote workers that they just enabled.”

Deals involving usage-based pricing, through offerings like the storage-as-a-service solution Dell unveiled last year and its Flex On Demand financing program, are up too. “There is increased customer interest and requests for as-a-service experiences and consumption models,” Cook says.

That trend, which has Hewlett Packard Enterprise expanding an as-a-service offers and Lenovo introducing one, is likely to continue, Cook adds. Efforts like Dell’s unfolding Project APEX initiative will give buyers more as-a-service options, she continues, noting that the company expects traditional purchases to remain substantial for the foreseeable future as well.

ChannelPro 5 Minute Roundup for the Week of August 8th, 2022
END_OF_DOCUMENT_TOKEN_TO_BE_REPLACED