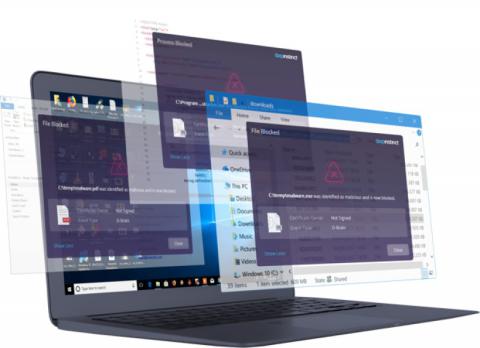 The new functionality is designed to protect Chromebooks and other Chrome OS devices from malicious Android applications, network attacks, and other exploits. By ChannelPro
Tweet

According to Deep Instinct, the new functionality protects Chrome-based hardware against malicious Android applications, including ransomware, root kits, network redirectors, botnets, and coin-miners. The system checks that Chrome-based devices are current with the latest security updates, and that patched vulnerabilities can't be exploited later. Network attack protections are designed to guard against SSL MitM, HOSTS file modification, certificate abuse, and other threats.

“The same malware that affects Androids has every chance of compromising Chromebooks. The unfortunate reality is that installing APK’s only from Google’s Play-Store, even with Google Play Protect, is not a sufficient safeguard as there is perpetually new malware being generated that successfully eludes Google,” said Guy Caspi, Deep Instinct's CEO and co-founder, in a press statement. “Thanks to our deep learning cybersecurity solution, companies can continue to operate knowing that their assets and systems will be fully protected against any potential threat. Our Chrome OS solution is groundbreaking as it is the first deep learning solution to protect Chromebook devices, and it’s technologically superior to anything available today based on its backbone of deep learning.”

“Millions of people around the world are using Chrome OS and we identified a real market gap here, but thanks to Deep Instinct, there is now a robust solution based on deep learning technology that can protect the platform against attack,” said Caspi in his prepared remarks.

Deep Instinct’s software employs “deep learning” technology modeled after the human brain that allows it to identify and block threats without the training required by machine learning-based systems. Distributor Tech Data added the vendor to its line card in May. ChannelPro included the company in its Vendors on the Vanguard list for 2019 that same month.

Tips to Prepare, Prevent, and Minimize the Damage of a Cyberattack
December 4th, 2019