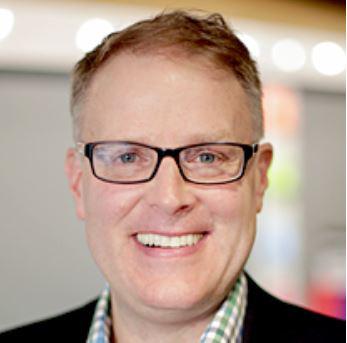 The second CEO in the still young company’s short history, Weller succeeds founder Austin McChord, who stepped down from that post last October. He has been leading Datto’s executive team on an interim basis since word of McChord’s resignation became public. His new role and title are effective immediately.

A technology industry veteran with some 20 years of management experience at senior levels, including C-level stints at Akamai among other companies, Weller joined Datto as its CFO in June 2017 and more recently served as its president and COO. He played an instrumental role in Datto’s October 2017 acquisition by private investor Vista Equity Partners and merger with managed services software vendor Autotask, and spearheaded the creation of the newly expanded company’s unified go-to-market strategy.

His biggest goal for the near term, he emphasizes, is not messing with the formula that has transformed Datto in the 12 years since its founding from a fledgling BDR vendor to a managed services powerhouse with a product portfolio that includes RMM and PSA software, file sync and share solutions, networking gear, managed power strips, and more.

“The model’s working and we want in some sense more of the same,” Weller says. “Hopefully, we’ll still feel like that same Datto that our partners have come to rely on.”

On the other hand, Weller sees opportunities to make navigating Datto’s now larger organization and broader product offerings simpler. “We need to make our billing easier. We need to have our service interfaces simpler. We need to give partners easier ways to access through our portal all of the different kinds of technology that we have,” he says. “I think Austin would have said the same thing, and it’s just something I’m definitely going to pick up the mantle on.”

Fueling growth, not surprisingly, is high on Weller’s to-do list as well. “We’ve got a terrific private equity partner behind us that’s encouraging us to grow fast,” he says, citing international growth as a particular priority. Through its partners, Datto already serves businesses in over 130 countries, and maintains offices in the U.K., Germany, Australia, Singapore, and China among other places. The company has ambitious plans to increase overseas revenue significantly, however.

“We would expect half of our growth or more to come from outside the U.S. going forward and we’re looking to continue to staff up to do that,” says Weller, noting that his international experience was a key factor in winning him his new job. “Every business I’ve been involved with was definitely global,” he says.

Datto has nearly 1,500 employees at present. According to Weller, it plans to add roughly 200 more this year.

Weller, who worked in years past as a programmer and video game designer, says that he and McChord both began their careers as “tinkerers” with a passion for technology. “It’s possible when we were both 21, Austin and I looked a lot the same,” he says. While McChord proceeded from there to build products, found a company, and learn how to manage it on the fly, though, Weller earned a Ph.D. in electrical engineering and pursued a career on Wall Street. As a result, his deepest expertise is more in the realms of finance and management than technology.