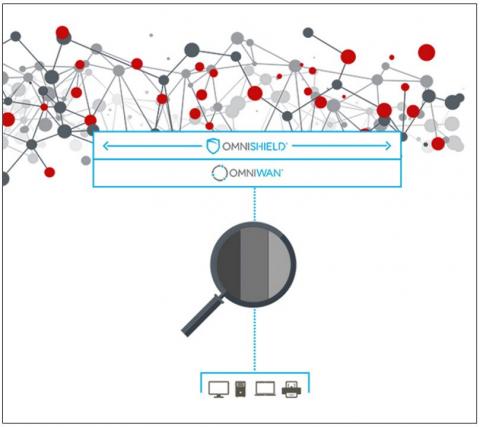 The deal propels Cytracom past its roots in unified communications into security and connectivity solutions for hybrid workforces and positions the company to eliminate a variety of voice-related security and networking headaches. By Rich Freeman
Tweet

The deal propels Cytracom past its roots in voice services into the burgeoning market for security and connectivity solutions suited to the age of hybrid home and office computing, while also positioning the company to tackle a variety of voice-related security and networking headaches.

That’s precisely what providers of UCaaS services most need and struggle to deliver, according to Cytracom CEO Zane Conkle. At present, he notes, configuring firewalls to prioritize voice traffic for optimal call quality is one of the most time-consuming challenges channel pros face.

“Every time an MSP goes to deploy a unified communications solution, whether that’s Cytracom or any vendor, they’re investing time on the firewall,” Conkle says. “If you’ve got multiple sites, you’ve got to go to every site and make these changes and tune that firewall so your customers have a successful deployment.”

“This acquisition will radically simplify the deployment of Cytracom into a customer’s network and make it very easy, essentially plug and play, for a partner,” Conkle says. “There’s nothing for the partner to configure.”

More broadly, he continues, by extending the edge of the traditional corporate network into the cloud, OmniNet’s solutions help MSPs address a major pain point since the start of the coronavirus pandemic: safeguarding work-from-home employees no longer protected by office-based security hardware.

“This is a problem that needs to be solved, and interestingly we don’t believe anyone’s solving it well for MSPs and the customers that they serve,” says John Tippett, who became Cytracom’s COO earlier this year.

OmniNet fills that void, he continues, by securing 100% of inbound and outbound traffic at both remote sites and central offices via solutions that are easy to implement and maintain. “It’s literally as simple as deploy the box and turn it on and all of these things just work, and they work well,” Tippett says. “You could put this at the edge of a network, plug it in, and walk away and you’re online, efficient, secure.”

The global SASE market will grow at a 116% CAGR through 2024 to $5.1 billion, according to analyst Dell’Oro Group, fueled in part by the technology’s usefulness in securing distributed workforces. Barracuda Networks unveiled a SASE platform of it its own earlier this week with that same use case in mind, as did Palo Alto Networks.

Though Cytracom has already rolled OmniNet’s engineering, development, and R&D teams together with its own, it plans to operate OmniNet for now as an independent business with its own invoicing, partner portal, and technical support organization. Bagrin and his leadership team will continue to run the company.

LG Gram for Business 17 (2020): Big Reasons to Like It
END_OF_DOCUMENT_TOKEN_TO_BE_REPLACED