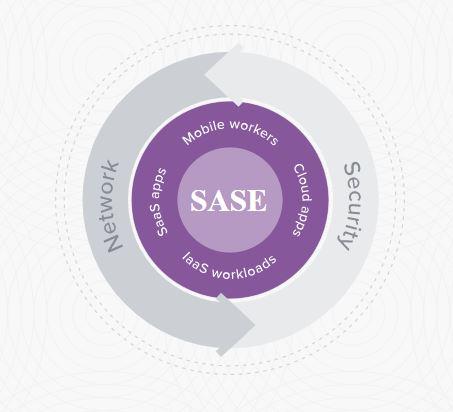 The SASE platform is designed to provide comprehensive SD-WAN, firewall-as-a-service, zero-trust network access, and secure web gateway functionality in the cloud, in the office, or on the device. By Rich Freeman
Tweet

The SASE platform incorporates the vendor’s Content Shield, CloudGen Access, CloudGen WAN, and CloudGen Firewall products to provide SD-WAN, firewall-as-a-service, zero-trust network access (ZTNA), and secure web gateway functionality in the cloud, in the office, or on the device.

In support of that vision, Barracuda has added the ability to run security services on cloud hubs as well as directly on onsite devices to CloudGen Firewall.

“It’s very, very comprehensive,” says Tim Jefferson, Barracuda’s senior vice president of data protection and network and application security, of the company’s SASE strategy. “We can do enforcement at the branch office and then for traffic that does need inspection enforcement at the cloud edge, we can provide that as well.”

“From a single solution now, they can get the zero-trust network access capability as well as web filtering on the device,” Jefferson says.

Barracuda’s longer-term plan, he adds, is to drive further integration among its SASE solutions. “We are aggressively folding in a number of different products into a single management experience,” he says.

The global SASE market will grow at a 116% CAGR through 2024 to $5.1 billion, according to analyst Dell’Oro Group. Data published today by Barracuda in a new state of network security report, meanwhile, suggests that 96% of organizations are either using or planning to use SD-WAN and ZTNA solutions, both of which are core SASE components.

Barracuda’s new incident response functionality, which is delivered via its Total Email Protection solution, turns a system that could previously perform one action on messages meeting one condition into a more robust “workflow engine” with granular search criteria and mix-and-match mitigation capabilities.

“You can express complex conditions about what happened, and you can express multiple actions for what to do in response,” says Senior Vice President of Engineering and Product Don MacLennan. Those actions include deleting, quarantining, moving, or issuing alerts about compromised emails.

Barracuda has also introduced new public-facing APIs that let organizations and MSPs share incident response data with SIEM, XDR, and other applications. In the past, integration was limited to a defined set of popular third-party solutions via “connectors” created by Barracuda itself. “The public documented API gives anybody else the ability to do that for themselves,” MacLennan notes.