Cyber Criminals Gear Up for 2013 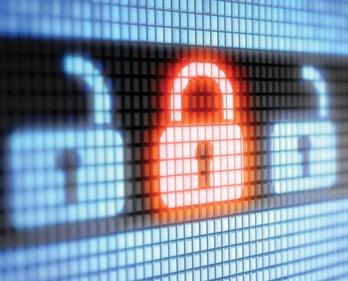 There’s no rest for the weary when it comes to fighting cyber threats. Next year expect more mobile threats, malware in mobile app stores, and more - much more. By Cecilia Galvin
Tweet

To stay ahead of the competition, channel pros serving the small and midsize business market arm themselves with the latest information and trends in SMB IT. To assist in those efforts, Web, email, and mobile security vendor Websence Inc. offers up its list of the Internet threat trends it expects to emerge in the New Year, courtesy of the company's renowned Websense Security Labs.

Experts at the San Diego-based Security Labs, who discover, investigate, and report on advanced Internet threats, developed their New Year's predictions based on the research they gathered in 2012. Here are four of their chilling predictions for 2013:

1. More cross-platform threats will involve mobile devices. The coming year will bring exploit kits for mobile devices. That is, when the user of a mobile device visits a malicious website, the malware will be able to identify the device and its operating system (Android, iOS, or Windows 8) and deliver specific malware to that smartphone or tablet.

2. Legitimate mobile apps stores will host malware. As code writers/hackers become proficient enough to evade Apple's detection, they may take on the company's rigid apps vetting process. There may even be an increase in the number of good applications behaving badly, meaning they collect large amounts of data (that the user has approved). This data will either be hacked from the developer's systems or transmitted directly from the application to cyber criminals who will distribute their malicious wares on a mass scale.

3. Government-sponsored attacks will increase. New and smaller government cyber-warfare players will emerge, and there will be a shift from military and national security targets to economic, business, and civic objectives.

4. Hackers will work their way around virtual environments and sandboxes. Threats will evolve so they can more frequently and readily discern if they are in a “sandbox” environment, so they will “play nice” until someone unwittingly allows them into the network.

OpenText Calls Cyber Resilience the Answer to Dangerous Times for IT
October 28th, 2020

The Intersection of Hybrid Cloud and Identity
END_OF_DOCUMENT_TOKEN_TO_BE_REPLACED

Jabra PanaCast Review - Get Your Huddle On
END_OF_DOCUMENT_TOKEN_TO_BE_REPLACED