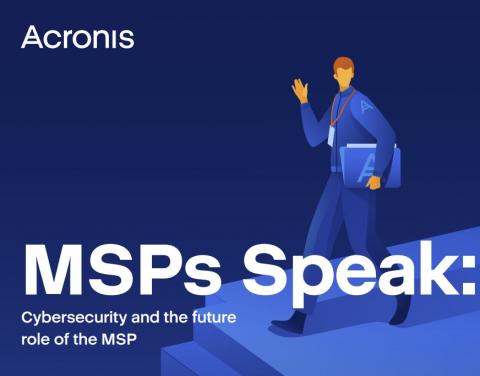 Securing customers is tougher than ever but consolidating vendors and using integrated solutions makes it significantly less painful, according to new research from Acronis.

Acronis published the study on the opening day of its CyberFit Summit event in Miami today.

Data from the research, which surveyed 200 U.S. MSPs and another 200 from around the globe, makes clear why channel pros badly need the benefits provided by vendor consolidation. Fully 97% of participants in the survey say they’re concerned about a breach of their own systems that could end up impacting clients, and 40% call themselves extremely concerned.

Perhaps that’s because significant percentages of surveyed MSPs support clients that have been breached. In fact, 44% of them have at least one customer that experienced data loss or downtime in the last 12 months as a result of malware, and 37% say the same of ransomware.

Other widely reported breach varieties appear to affect smaller MSPs even more heavily than large ones, possibly because their clients are less willing to spend on security services. For example, 56% of poll respondents with one to four employees have a client who suffered a successful brute force attack in the last year versus 39% of firms with 50 to 99 employees. Similarly, 48% of the smallest MSPs have a client who was struck by a zero-day in the last year versus 31% of the biggest providers.

Supporting home-based workers, moreover, will only make safeguarding clients harder going forward, according to 97% of surveyed MSPs. Here too, smaller MSPs struggle more than their larger peers. Fifty-three percent of MSPs with one to four employees called limited access to suitable tools a challenge in securing remote workers, for example, versus 40% of firms with 50 to 99 employees. Fifty-eight percent of the smallest research participants, meanwhile, called increased costs a remote security challenge versus 37% of the largest ones.

That organizations with remote workers lean heavily on software-as-a-service applications only makes matters worse. Participants in the Acronis study believe they’re managing just 58% of the SaaS software their customers use, on average, due to weak relationships with line of business decision-makers (cited by 44% of surveyed MSPs) and difficulty making a convincing business case (cited by 37%).

Issues like that have made securing end users not only harder but more expensive. In fact, participants in the Acronis survey say the cost of providing cybersecurity and BDR services to their customers has risen 19% on average in the last two years.